On Shavuot, Thinking of Converso Jews 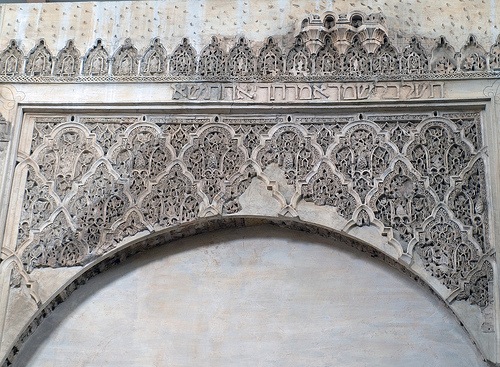 This blog entry is being published automatically. I’m off Friday and Saturday for Shavuot, when Jews around the world observe the two-day festival that recalls the giving of the 10 Commandments at Mt. Sinai and the associated mass conversion of the assembled Israelites to the faith of Torah.

I’ll be back with you on Sunday, but I bring to your attention a fascinating report from JTA about a newly ordained Conservative rabbi, Juan Mejia, born in Colombia from a Converso background. Conversos were the Spanish Jews who accepted outward conversion to Catholicism in Spain prior to the 1492 expulsion. They are also called Marranos. Shavuot is a time when Jews re-accept the Torah, and interestingly that’s what is happening too among some Hispanic Catholics in the American Southwest and in South America when they realize their ancestors were Converso Jews who fled Spain long ago, pursued by the Inquisition under the suspicion (often correct) of being secret Jews.
Mejia himself will be pursuing a rabbinic career of outreach to fellow Converso-descendants in the Southwest. Good for him. Excerpt:

Raised as a Catholic in Colombia and educated at Christian schools, Mejia was on his way to becoming a monk when he discovered as a teenager that his family had Jewish roots. His grandfather would recall men gathering in darkened corners to place towels on their head and pray from a strange book.

After a torturous journey, which involved his rejection by the tiny Jewish community in Bogota and several years of study in Jerusalem, Mejia converted and began training for the rabbinate. Now Mejia is dedicating his rabbinate to helping Jewish descendants like himself who want to reconnect with their roots.

I wrote something on the Marrano theme in an earlier entry, in case you missed it: We Are All Marranos Now.