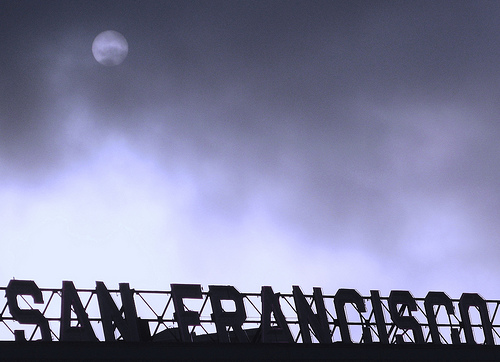 I argued that the experience of raising kids potentially confers traits you’d want in a judge, more so than merely being Hispanic and female. Remember that it was Obama, not me, who raised the subject of an individual’s personal life story as a criterion in selecting a SC justice. It would not have occurred to me. The U.S. Supreme Court is not the Sanhedrin, where fatherhood was indeed a prerequisite, as noted in my earlier entry.
But once the question is raised, then yes, let’s consider it. Compassion and empathy are virtues. But so is having had people rely on you for their lives. So is realism. Having kids promptly dispels fond daydreams you may have about how daily life “should” be. Isn’t it interesting, then, that America’s most childless big cities are more or less identical with its most liberal cities? To the extent liberalism implies a lack of realism about human nature, this makes sense.
The pack is led by San Francisco with its enormous, sterile gay population, followed by my own dear Seattle where we have more dogs than kids. In the case of SF, homosexuality is not the cause but the correlate. A 2005 New York Times article on kid-free metropolises does a nice job of setting up the atmosphere of politically correct sterility.
Dateline: Portland, Oregon:

The Pearl District in the heart of this perpetually self-improving city seems to have everything in new urban design and comfort, from the Whole Foods store where fresh-buffed bell peppers are displayed like runway models to the converted lofts that face sidewalk gardens.

I never intended to suggest that every parent possesses wisdom or virtues that every non-parent lacks. Obviously not. A reader objected that if that were case, there would be no such thing as Child Protective Services. True enough. On the other hand, child abuse in a domestic setting is proportionately committed much less by fathers or mothers than by stepfathers and mother’s boyfriends.
read next post
Why We Were Better Off Before the Internet
archives most recent
More from Beliefnet and our partners
previous posts