Some Last, Some First, All Equal 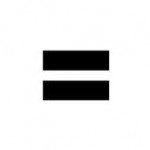 “Go to Room 11,” St. Peter says, “but be very quiet as you pass Room 8.” The man said, “I can understand there being different rooms for different denominations, but why must I be quiet when I pass Room 8?” St. Peter said, “Well, the Presbyterians are in Room 8, and they think they’re the only ones here.”

Of course, in any retelling of this joke, “Presbyterians” can be substituted for any group, because such exclusive, boundary-drawing mindsets are common. These attitudes are not funny, however. They are a severe detriment to God’s witness in the world.

A story from Jesus is apropos here. It is a story about a landowner who hired laborers to harvest grapes from his vineyard. Some employees worked all day, others labored for part of the day, and some arrived to work only at the last hour. In Jesus’ story, the landowner, inexplicably, pays those who were hired last (and worked the least), the same wage as those who were hired first and worked all day long.

No matter which way you cut it, this doesn’t seem very fair: Especially for those of us raised with the good old Protestant work ethic, with entrepreneurial capitalism passed along to us in our mother’s milk, and with a sense that “membership has its privileges,” membership we have duly earned. So imagine the scene as it plays out. The tired workers form a line at the end of the day to receive their wages. The landowner asks that those hired last be paid first, and he gives them all a full day’s wage. Those who were hired first see this and are thrilled: “Those who worked only an hour got a full day’s pay! Just imagine what we are going to get!”

So when the Director of Human Resources gets to them with their paycheck, it is for the same amount as those who worked only an hour! Everyone is treated equally. Quickly there is the threat of a labor riot or at least a lawsuit for unfair labor practices. The landowner gives this response, “I haven’t been unfair! Should you be jealous because I am kind to others?” It is a direct and accurate reply, for the angry workers were not enraged over injustice. They were angry because the landowner was generous and gracious to others that had not “earned” their way. The landowner gave grace – making the last first, and opening the door to all – and this is what infuriated the other workers.

With this story, Jesus has dug his fingers into a very sore spot for we who are religious people. We preach grace, but we don’t always practice it. We talk about God’s mercy, but we don’t always want the people who need it most to get in on it. We say we are in the redemption business, but we are not eager to open the doors to all would-be patrons. My friend Landon Saunders says it like this: “Figuring out who is in and who is out is just too much work. It’s too heavy of a burden! So I just try to treat every person I meet as if they will be sitting beside me at the table in eternity.”

Such a small change of perspective would do more to advance the kingdom of God on earth than a thousand aggrieved churches that pound their pulpits and point fingers, condemning and excluding others from the love of God and the gates of heaven. 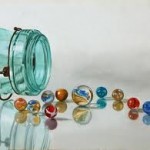