More Than We Can Stand 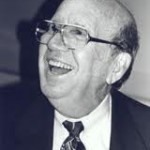 In the previous generation there were at least three great Southern-born prophets: Martin Luther King, Jr., Clarence Jordan, and Will Campbell. Campbell is the only one still living. He is nearing his 90th year, and is a self-proclaimed prickly, “bootleg preacher” from Mississippi with a Baptist ordination, a foul four-letter-word dropping mouth, and a love for Bourbon and country music that is just short of his love for Jesus.

Educated at Wake Forest, Tulane and Yale, he has been a pastor, chaplain, an executive with the National Council of Churches, and a writer. But he is most respected for his tireless work toward racial equality in the civil rights South, and his no-compromise, no pulled-punches attitude when it comes to the message of reconciliation.

“God is ready to forgive and restore all who will come,” he has preached for decades now. When asked how he would summarize his theology and his work, in Campbell’s iconoclastic style he answered, “We are all bastards; but God loves us anyway.”

This belief was put to the test during the racial violence and upheaval of the 1960s. One of Will’s best friends, a seminary student and Civil Rights worker named Jonathan Daniels, was shot and killed by an Alabama sheriff. The sheriff was acquitted by “a jury of his peers.”

Will retreated to Fairhope, Alabama, to grieve and rage, taking refuge at the home of friend P.D. East. East was an agnostic newspaper editor who wanted racial equality as well, but he was not an adherent to the Christian gospel. So while Will stalked around the house, angrily grieving Daniel’s death and the uncorrected injustice against him, P.D. confronted Campbell directly:

“Come on, Brother,” P.D. said. “Let’s talk about your definition of the gospel. Was Jonathan a bastard?” Will responded that he was sure that everyone is a sinner in one way or another, but that Jonathan was one of the sweetest, gentlest guys he had ever known.

P.D. persisted: “But was he a bastard? Now, that’s your word, not mine. That’s a pretty tough word. I know, ‘cause I am one; a real one. My mama wasn’t married to my daddy. Now, by God, you tell me right now, yes or no: Was Jonathan Daniel a bastard?” Will finally said, “Yes, Daniel was.”

P.D. East pulled his chair close to Will and just above a whisper asked, “Which one of those two bastards do you think God loves the most – Jonathan or that sheriff? Now, you’re the one who always told me about how simple the gospel is. Just answer the question: Which one of those two does God love the most?”

Here are Will Campbell’s words of response: “Suddenly, everything became clear. Everything. It was a revelation. I walked across the room and opened the blind, staring directly into the glare of the street light. And I began to whimper. But the crying was interspersed with laughter. It was a strange experience. I remember trying to sort out the sadness and the joy.

“Just what was I crying for, and what was I laughing for? Then this, too, became clear. I was laughing at myself, at twenty years of a ministry which had become, without my realizing it…an attempted negation of Jesus…a theology of law and order and of denying the faith I professed to hold. That sheriff was indeed as loved by God as Jonathan Daniel. And if loved, forgiven. And if forgiven, reconciled.

“P.D. came and stood beside me, handing me his half-empty beer. The lesson was over. Class dismissed. But I had one last thing I had to say to the teacher: ‘P.D…damned if you ain’t made a Christian out of me. And I’m not sure I can stand it.’”

This is the category-exploding, boundary-breaking, world-upturning gospel: God’s grace trumps everything. God’s love welcomes all who will come. God’s forgiveness is no “respecter of persons,” even those persons for whom we ourselves have little mercy. Yes, this is sometimes more than we can stand, but it is the no-compromise, no pulled-punches message of reconciliation. 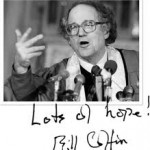