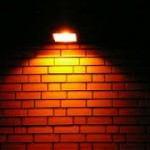 Leo Tolstoy once compared religious rules to the light given off by a lamp post. It is a bright light. It dispels the darkness. As long as man or woman stood in that light, he or she could see. But the lamp post had limitations, Tolstoy said.

To remain in the light meant going no where. One had to stay put to remain in the light. But following Jesus, Tolstoy said, was like a light or lantern fixed to a pole. A person could carry that pole out in front of him and travel anywhere he liked.

Tolstoy never held a flashlight, I am sure, but we have and can understand the analogy that way: To remain a rule-keeper, is to remain under a street light. To follow Christ, is to take a flashlight in hand, and go somewhere – to explore, to pierce the dark, to have a faith that is dynamic, not static.

Much of the church is locked into keeping the rules. Therefore, they stand in their little circle of light, unmovable and fixed like a stone, barking at the street traffic as it moves along and cursing the darkness. They have light, but the light does not serve them well. They might as soon be chained to a post; they are imprisoned, not growing or going anywhere.

Religious rules, or to use biblical language, “The Law,” has been eclipsed by Jesus. Written words have been improved upon. Yes, the rules were all we had, once upon a time, but now we have something better – we have Jesus himself – showing us the way.

Up to the coming of Jesus, the faithful followed religious codes to please or pursue God; that was their understanding of faith. But religious rules could not give life or spiritual freedom. While the law was instructive and useful, ultimately, it could only constrict and confine. In the words of the Apostle Paul, “The letter (the rules) kills;” it can’t give life.

Now, I know to think of spirituality without rules is a radical departure for many of us who have based our entire connection to God on rule keeping, “being good,” measuring up, and following the jot and tittle of every bit of religious instruction. Of course, when we failed to live up to these demands, and failure was inevitable, we were swamped with guilt, fear, and shame.

Enough of that, for that is not the way of Jesus. Christianity is not a heavy obligation to stagnant, inanimate rules, handed down from the mountain and engraved in stone. Rather, Christianity is the free enjoyment of a relationship with a living person. This is Good News: God, who is now present in Christ, calls people of faith to follow Jesus, not to follow the rules. This is the liberation so many of us have been longing for.

While traveling once, I had two different sets of directions on how to get to where I was going. On the dashboard was a crumpled set of written directions. They were coffee stained, had notes scribbled on them, and unknown to me, did not match recent road construction.

The other set of directions were being called out to me from a GPS system. As I neared my destination there was a terrible conflict. My written directions began to fail me. Following them to the letter, I reached a point that they no longer worked. The streets the written direction told me to take just weren’t there – either that or their names had been changed.

Meanwhile the voice of the GPS was saying things like: “Prepare to make a right turn…When possible, make a legal U-turn.” But I kept driving according to my written directions even though it was obvious they no longer worked. Finally, I had to make a leap of faith.

I accepted the fact that my written directions had taken me as far as they could, and now, to get to where I needed to be, I had to listen to the personal voice, now calling me. And that Voice was right all along. 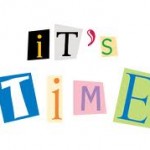