“Woodpeckers on the Wall” 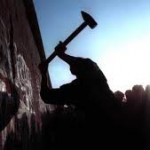 On the afternoon of August 12, 1961, leaders of the German Democratic Republic, better known as Communist Eastern Germany, signed an order to close the border between East and West Berlin, and erect a massive Wall dividing the city. Later that evening the order was put into effect.

Roads that ran intoWest Berlinwere destroyed. Barbed wire entanglements and land mines were put into place. Apartment windows that overlooked the forbidden side of the city were enclosed or barred. Concrete and steel were piled into place for the twenty-seven miles of city border.

Guards were stationed along the Wall with orders to shoot anyone attempting to escape toWest Berlin. And shoot they did. While thousands succeeded in scaling the Wall, scores of would-be defectors were shot and killed over the three decades the Berlin Wall stood, often in plain view of the West’s television cameras.

But this tyrannical Wall, like all things evil, did not last. This week,Germanycelebrated the twentieth anniversary of the collapse of the Berlin Wall. On November 9, 1989, following weeks of unrest, the East German government announced that its citizens would be allowed to visitWest GermanyandWest Berlin.

The border guards, unable to control the huge crowds who were eager to exercise this new freedom, abandoned their posts altogether. Ecstatic East Berliners cascaded over, around, and through the iconic Wall that had separated families, friends, and a country for a generation. They were met on the other side by their brothers and sisters, who received them with open arms.

The Berlin Wall didn’t fall down all at once, neither literally or figuratively. In the weeks that followed that revolutionary November night, people from all over the world came to Berlin with picks, shovels, and sledgehammers to knock a piece of the Wall down.

Some came for souvenirs. Some came to participate in a historical moment. Some came simply to get in on the action. All came to do their part in tearing down one of the ugliest symbols of restriction, oppression, and injustice ever created.

I remember watching these impromptu demolition teams at work on the cable news networks. I was a college student, just like the young men and women marching joyfully through Checkpoint Charlie, singing songs of freedom, and taking their swings at concrete and steel.

It was years later that I learned the nickname given to these unnamed, unknown people who tore down the Berlin Wall piece by piece and blow by hammer blow. They were called the “Mauerspechte.” They were the “woodpeckers on the wall.”

Those who crow the loudest and make the most noise may not be the ones leading the action, or actually getting things done. More often than not, it is those who have no name, an unrecognized face, a small place in the world that actually knocks the walls down.

Bit by bit, year by year, with blood and tears, suffering mistreatment and injustice they stay at it. They believe in those Things that last longer than tyranny, unfairness, domination, greed, violence, and power as brokered by the forces of this world.

In short, they believe in Love, and the eternal truth that love conquers all, in the human heart, in the streets of Berlin, and eventually this world, when the kingdoms of earth are transformed and renewed into the kingdom of God.

We may have never thought of the word “woodpecker” as a compliment, but reconsideration might be a good idea. God knows this world could stand a few on the wall today; those who will persistently and defiantly chip away at what stands in the way of peace, justice, and mercy. 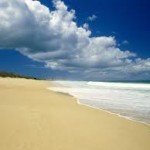