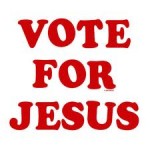 Not far from my home is a Baptist church. I suppose it’s like most Baptist churches that dot the highways of the south. They have a modest sanctuary. The former worship space has been converted into the “fellowship hall.” I’m sure the hallways of the buildings have crayon and wear marks from little hands and vigorous Vacation Bible School attendees. Perhaps the men’s group meets monthly to eat, burp, and talk about who is going to cut the grass.

And if it is like most Baptist churches, the Women’s Missionary Union is actually in charge, though no one would admit it. Historically the WMU has gotten more done than any other group in the church and probably deserve to be in charge.

In front of the church is a huge sign stating the times of worship, Sunday school, and mid-week prayer service. There is also space for a pithy little message for the public to read. Typically it says something like “The family that prays together stays together,” or it holds some other harmless, well-worn cliché. I’m sure the poor pastor is usually the one who has to change those signs in addition to preaching, running committees, visiting the sick, and obeying the WMU, so I cut him some slack on the creativity test.

But in recent days, with Election Day looming, it read: “Vote for Jesus!!!” Jesus’ name won’t be on the ballot Tuesday, but I wonder what such a vote would look like? Some Christians, of variegated political leanings, will pull the lever this week thinking they are voting for Jesus because of their particular stand on issues or party affiliation. Maybe they should think again.

I believe that Christians of all stripes and shades have put far, far too much confidence in human government as the means to transform the world. Many of us vote under the assumption that if only the right man/woman could get seated in the White House, then the kingdom of God would come. Our faith – left, right, conservative, liberal – has been taken captive by the state. Religion is used as a tool to garner votes and sanction candidates. It is used to justify all manner of policy decisions, and in the end, everyone is saluting the flag and their particular version of the Christian faith, but I don’t think Jesus is very much involved.

If we were really voting for Jesus, it might mean something completely different. In an act of peaceful rebellion and Christian anarchy, it might mean we say to the state, “Christianity is not a voting block. It is allegiance to the way of Jesus. Have your elections, but we bow our knee only to Christ.” This is exactly what got the first Christians in heaps of trouble. Early Christianity looked nothing like the “City on a Hill” idea that we have here in North America. It looked a whole lot more like what we might find in China or some Islamic countries today.

It was an underground movement. It was subversive, meeting secretly in homes and catacombs, persecuted and viewed with suspicion by theRoman Empire. Christians found themselves on the business end of the “Patriot Act” of their day, being charged with rebellion and insurrection. But those Christians refused to bow their knees to the state. Lordship was something that belonged exclusively to Jesus, and no one else. “There is a God,” the early Christians would say, “but he doesn’t live in Washington D.C.”

Then, in a stroke of political genius, the Emperor Constantine in 313 AD declared Christianity the state religion of the Empire. He offered Christianity as the glue to hold his struggling nation together, and the church took the devilish bait. Christianity was yanked from the margins and placed in a position of unprecedented privilege and power, married to the state. This power corrupted the church, as it became more critical to hold and weld this power than to follow the humble Christ. Sound familiar?

Jesus was pushed to the back pew to watch candidates and pundits use his name as a political slogan. I’m afraid he’s still sitting there today. 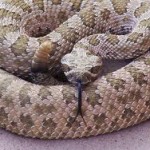