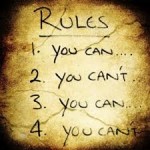 Question: Why won’t some people go to church? Answer: Because they have been to church. Even Jesus fell into this category. After a “bad church experience” he left the establishment and never returned. The incident is recorded in Luke 13. Jesus was attending synagogue on the Sabbath day, when across the sanctuary he saw a crippled woman bent double by affliction. Jesus’ heart went out to her. So with just a word and a touch he made her well. The woman exploded with praise to God, for after eighteen years of suffering, she was free. The crowd gathered on that day likewise was astonished. But not everyone was happy with this turn of events. The leader of the synagogue exploded as well, but in rage.

Imagine you are seated in church on Sunday morning. It is your church, the one you have attended for many years. It is a good Sunday as far as worship services go. You were tempted to play golf or sleep in, but there you are as faithful as ever. The church is three-quarters filled. The worship leader is doing his usual dance of weaving the old hymns with the modern worship choruses to keep everybody semi-content. It’s not too bad. The children’s feature was entertaining enough. The Cooper kid blurted out another embarrassing revelation about his mother in front of the whole congregation. It got a good laugh and a few red cheeks.

The Miller family has packed their pew in front of you as is their custom. Across the aisle sits Mr. and Mrs. Walsh. Mr. Walsh is the one who always gets there early to open the doors, turns on the lights and the air conditioning, and he is the one who stays late to lock things up. Mrs. Walsh is always patient and gracious as she waits for him, even though her osteoporosis has all but broken her in half. She has shrunken down to no more than five feet tall.

Standing for the Offertory and the Doxology you see a young man, a man you have never seen before, seated in front of you. He is wearing a faded and frayed plaid shirt, old khaki pants, and Wolverine work boots. He is short, but looks lean and strong. His hairline is receding a bit and his face bears a three-day beard. You notice he has eyes of fire – kind and compassionate eyes – but like fire nonetheless. He has several friends seated with him, including the Gardner brothers who used to live one street over from your house.

As the pastor rises to deliver his sermon, the young man rises as well. He walks directly over to where Mrs. Walsh is sitting. With a warm smile he whispers something in her ear, gently touches her shoulder, and returns to his pew. Suddenly, like lightning striking, old Mrs. Walsh stands up, as straight as a string, as tall and fit as she was thirty years ago. The congregation erupts with wonder and thanksgiving! Mrs. Walsh shouts for joy as her husband, his cheeks wet with tears, hugs the young stranger. Mouths fall open. Eyes bulge from their sockets. Miss Juliet Palmer nearly faints.

Then, from the pulpit, the pastor calls the whole place to order. His face is scarlet with anger. His eyes flash. He looks down at the young, smiling, wonder-working intruder as if he could grind him between his teeth. “This is the Lord’s house,” he booms across the sanctuary, “and this is the Lord’s Day. You will not turn it into a spectacle with your parlor tricks.” You and the congregation hold your breath and look to the young man in the Wolverines for what is next.

After this event we never find Jesus attending synagogue services again. Never. Who could blame him? A religious system whose rules and traditions are more motivating and more powerful than its compassion for people is a system of rank hypocrisy. 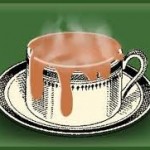