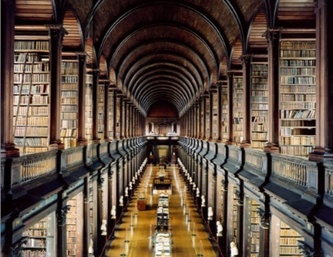 Book Review: The Bible among the Myths: Unique Revelation or Just Ancient Literature?

What’s so unique about the Bible? After all, there are plenty of other ancient texts that claim to describe the creation of the world, the role that humans play in it, and the nature of the gods. And we know, of course, that these writings are nothing more than myths. Isn’t the Bible just like these ancient myths–ahistorical religious fiction, albeit with a monotheistic rather than polytheistic bent? Just how similar or different is the Bible to its ancient counterparts? And, the question that really lies behind it all, can we trust that the Bible is telling us the truth about the world?

These are the questions that John Oswalt, research professor of Old Testament at Wesley Biblical Seminary, sets out to answer in his book, The Bible Among the Myths. More specifically, Oswalt is dealing only with the Old Testament and its counterparts from the ancient Near East, including Egyptian, Babylonian, and Canaanite cultures. The book itself is divided into two parts: Part one, the more illuminating and thought-provoking half, is called “The Bible and Myth”, and part two is called “The Bible and History”.

Oswalt claims that there has been a shift in scholarly
opinion from understanding the Bible historically, in contrast to the texts of
Israel’s neighbors, to viewing it as myth, quite akin to those texts. This has
happened, he says, because scholars have come to view the similarities between
the Bible and, for example, the Enuma
Elish as essential and the differences as accidental. (13) In other words,
the Bible is best defined by the ways in which it is the same as other ancient
texts, not by the ways in which it is different.

That, Oswalt argues, is ridiculous. While the Bible may be
similar to other ancient texts in some ways (primarily in matters of
convention, and mostly superficial), it presents a fundamentally new way of
looking at the world, and therefore it cannot fit into the category of myth.

Myth, and particularly the myths of the ancient cultures
surrounding Israel, is centrally characterized by Continuity. “Continuity is a
philosophical principle that asserts that all things are continuous with each
other. Thus I am one with the tree, not merely symbolically or spiritually, but
actually. …This means that the divine is materially as well as spiritually
identical with the psycho-socio-physical universe that we know.” (43) In the
mythology that undergirds the religion (and therefore the entire life) of
ancient cultures, there is no distinction between humanity, the natural world,
and the divine realm. Nor is there a distinction between symbol and reality:
“The symbol is the reality. …All
things that exist are physically and spiritually part of one another.” (49)

The implications of this way of looking at the world are: 1)
Reality only relates to the present; 2) Actualization of timeless reality; 3) Blurring
of source and manifestation; 4) Importance of nature symbolism; 5) Significance
of magic; 6) Obsession with fertility and potency; and 7) Denial of boundaries.
(50-56) The most interesting way in which these implications manifest
themselves (and what was likely the most tempting aspect of Canaanite religion
to Israel) is in ritual prostitution. “Plant and animal life are the result of
divine copulation, for all things in this world that we know have their origins
in sexual behavior. Therefore, the thing to do [to make it rain] is to get the
god [of heaven] and goddess [of earth] to have sexual relations. …How do we do that?
…We do it for them through ritual enactment. As the worshiper and the priestess
have sex together under the appropriate ritual circumstances, the god and
goddess do so as well and the rhythms of nature are maintained.” (51) Because
everything is continuous, the sexual act committed at the temple is the sexual
act committed between the god of heaven and the goddess of the earth. Clearly,
this is not the biblical worldview.

What makes the Bible different from these myths? Oswalt
claims that the Bible is consistently characterized by the following concepts:
1) Monotheism; 2) Iconoclasm; 3) First principle is Spirit; 4) Absence of
conflict in the creation process; 5) A high view of humanity; 6) The
reliability of God; 7) God is supra-sexual; 8) Sex is desacralized; 9)
Prohibition of magic; 10) Ethical obedience as a religious response; and 11) The
importance of human-historical activity. (64-80) Each of these is consistently
prescribed in the Bible as the standard of Israelite experience, and each of
them lie in stark contrast to the prescriptions of myth. In other words, the
religion of the Bible could not be any more different from the religions of the
myths.

The reason for this is that the Bible does not present a
worldview of Continuity, but rather of Transcendence. “For the Bible, God is
not the cosmos, and the cosmos is not God. God is radically other than his
creation. This thought undergirds everything the Bible says about reality.”
(81) God is not a part of creation, nor are there any other gods alongside him
in some mythical pantheon. Therefore, he cannot be manipulated or coerced to
act through any ritual practice, and specifically through ritual prostitution.

Continuity is the starting point of myth, but Transcendence
is the foundation of Biblical thought. While the Bible may share some
superficial similarities with the myths, it is distinctive in that it offers a
completely new way of looking at the world and relating to its creator.

The Bible Among the Myths is an excellent resource for
anyone interested in exploring ancient literature and how the Old Testament
relates to the world in which it was written. Oswalt offers a clear, thoughtful
picture of how the Bible is distinct from the myths of Israel’s neighbors.
While this book is certainly useful for exegesis and biblical studies, I also
think it has great value in the arena of apologetics because it shows how
remarkable the Scriptures truly are.

Questions: How do you see the worldview of Continuity making
a comeback today? Is there any way that the church has mixed Continuity into
its teachings or practices? What are the implications of Transcendence,
specifically in relation to the Incarnation?