I was pushed a bit Monday to weigh in on the post about Christians, Sports, and Compromise. I have to confess that it was hard for me to comprehend an author like Hoffman spending most of his life in sports and coming down so hard on sports — and I don’t want to deny Hoffman’s nuances all over the place. Having said that, here’s my take:

First, sports are a game. As such, there are rules for how that game is to be played. Once one enters onto the field — or whatever — the rules govern how that game is played. In my estimation, a sports game is a “projected” or “false” or “ideal” or “constructed” world, and no one has describes this better than A. Bartlett Giamatti in his classic book: Take Time for Paradise: Americans and Their Games

. It is not our world but a sports world where specific rules apply. The zero-sum nature of sports is fine because it’s not the real world. There is a winner because there is a loser, and when either team walks away from the locker room the zero-sum game is over. Back to the real world. I don’t accept that a winner-loser idea within the confines of an imaginary/played world is contrary to the gospel.
This is a big point for me in evaluating sports: a sport creates a world unto itself and governed by its own rules.
Second, the game is only played fairly and well if both sides compete completely and compete in order to win: that’s what the “game” is about and it’s also what spectators expect to see when they watch the game.
Third, the Christian is to play the sport within the rules of the game — while seeking to win completely (and this is what made Andrea Jaeger no longer capable of playing; she didn’t believe in the competition necessary to give the game integrity). Anything outside the rules is cheating and contrary to Christian living — and this is not to say that Christians aren’t tempted to cheat.
Fourth, the Christian cannot intend to harm or maim another person; nor should the follower of Jesus do things that could harm or maim another person.
Fifth, the follower of Jesus ought to treat the other team members as persons. Example: it is not at all unusual for one team to refer to the good players on another team by their number. The Colts may well be referring to Drew Brees as #9 and not as “Drew Brees”. This depersonalizes the person, and I find this contrary to Christian principles. Do I think within the confines of a game, and therefore within the confines of a team’s preparation for another team (the Saints), it is legitimate and within the gospel life to call Brees #9? I suppose it’s legitimate, but it gets borderline to me.
Sixth, it follows that it is never acceptable — and Christians fail here at times — to hate the opponent or turn them into your enemy. You should be able to sit down with the players on the other team after the game and not be filled with animosity at them as persons. (I suggest it might take a while after a game to calm down from game psyche.)
Finally, competition is not the issue. Virtue is the issue. Competition is the name of the game in a world where there are fewer goods than there are purchasers, and sports are part of that kind of world. To compete within the confines of a game is not to cease being a cooperative person in society nor being a community-shaped person in the real world.
So when I was a coach my idea, and I didn’t always achieve this, was simple: go out there and play as hard as you can to win, and when the game is over resume your life. But play within the rules.
And quit cussin.
read next post 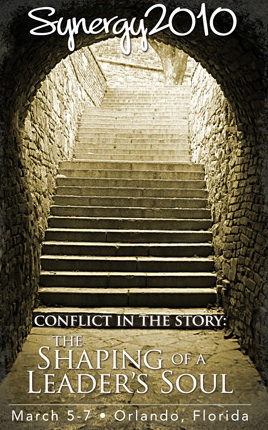 Synergy Conference 2010: Orlando in March
archives most recent
More from Beliefnet and our partners
previous posts