Scofield and His Bible 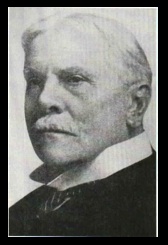 I don’t know how to measure the impact, but the Scofield Bible and its form of dispensationalism has probably shaped American conservative, populist evangelicalism more than any other set of ideas. I grew up with Scofield, the first Bible I bought was a Scofield Bible (and I still own that Morocco leather Bible), and many evangelicals of my age have a Scofield past.

Dispensationalism, as is well known, has morphed enough to lead me to say, perhaps uncharitably, that it gave up most of its original arguments but sustained its central conclusions. I’d be glad to hear someone respond to that claim. However one wants to explain it, the average conservative evangelical in the USA believes in a pretribulation rapture, distinguishes law and grace in radical ways, and sees Israel’s becoming a nation to be a fulfillment of prophecy — and that the USA ought to stick with Israel because God has his eye especially on Israel.
Because of an early comment, I add these questions: How has dispensationalism changed in the last 20-30 years? What do you think are the “necessary beliefs” for dispensationalism?
But this post is a little more concerned with Scofield because Todd Mangum and Mark Sweetnam have published the best study to date on Scofield (character, life, theology) and on the Scofield Bible’s influence in both Britain and the USA: The Scofield Bible: Its History and Impact on the Evangelical Church

.
In very readable and accessible prose, not to forget the high level of civility and charity in interpreting the foibles and influence of Scofield, Mangum and Sweetman study the life of Scofield — his Confederate army years, his political years in Kansas that ended in disgrace, his conversion, his Bible studies and his Bible and his legacy of Christian ministries in all directions — as well as the theological roots of the Scofield Bible, the theology of the Scofield Bible itself, and the impact of the Scofield Bible in Britain, the USA and on evangelicalism.
Perhaps a detail or two on the theology: what drove Scofield and the Scofield Bible is grace, a grace that is set in powerful contrast with the Old Testament law and which grace personally saves individuals from sin and judgment and in which a forgiven sinner can stand, and the American version of dispensational premillennialism that sharply divided Israel (socio political) and the church (spiritual body). This is wrapped up in social conservatism. The Sermon on the Mount is pure law for Scofield; no grace. The Old Testament is law; the New Testament is grace (or most of the New Testament). This is neither Lutheranism nor Calvinism’s distinction between law and grace though.
The impact of the Scofield Bible, making personal Bible study easy and clear as it did, wildly exceeded anyone’s expecations and that Bible reshaped the culture of evangelicalism.

read next post
The New Desegregation?
archives most recent
More from Beliefnet and our partners
previous posts