The new sculpture of Mr. Rogers in Pittsburgh.

Eugene Cho’s ODW is a hit. Good for Eugene, good for all of us.
When did death enter the picture? What kind of death then entered the picture?
Which one is your favorite? (I like Tim and Joel.)
Which one is your favorite? (I like #2.)
Which one is your favorite? (What some people do who have too much time to these sorts of things.)
Bill Donahue‘s excellent post on filling rows or forming circles.
John Stackhouse, an open Christian, opposes crosses in public schools — in Italy.
iMonk opposes gospel cowardice.
Are you grumpy?
CAS — I tried to do three weeks in a row, but pictures aren’t my norm … but I’ll link anyway.
Tony’s new blog site.
41 things married folks need to know.
Some things to know about making a blog feel like home.
This is a bigger issue than one church, one diocese and one city (D.C.). This issue could be a massive debate.
The biggest issue of the 21st Century.
Brett knows movies.
Marko says he knows dancing … I’d like to see it.
Mark knows grackles.
Meandering in the News
1. 950 times, and not one more beyond that!
2. Wow, it’s informing to play with the various options of joblessness today.

3. This is funny … anyone in NZ want to speak up?
4. China is on the move … $10B to Africa.
5. Volterra — we loved our visit to this place.
6. Fantastic, fantastic development in Islam.
7. Ancient Hebrew cosmology: nice graphic. (HT: Akma)
8. Sad development in the ocean. (HT: RS)
9. My advice for the British — don’t take this stuff personally or seriously: “I would say Britain is stumbling because they don’t spend as much time polishing up their appearance and they are letting themselves down on physical fitness,” Beautiful People managing director Greg Hodge said. “Next to Brazilian and Scandinavian beauties, British people just aren’t as toned or glamorous. Only the male Russian and Polish applicants fared worse than British men, although Russian women had a 44 percent acceptance rate. Polish women did not appear in the table.”
10. America’s coolest universities.
Meandering in Sports 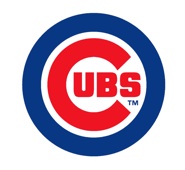 Congrats to this young man: 2 in one hole in ones.
Allen … not sure what to say.
We are Bears fans, but they are not ready for prime time TV. What the Bears are doing for me is making me think about Spring Training and the start up of the PGA Tour 2010.
read next post