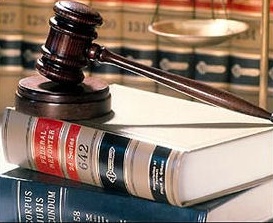 I announced two weeks back that we are beginning a new series with David Opderbeck, a professor of law. He will educate us on law — should be fun.

There are few hotter flashpoints in the culture wars than the question of “judicial activism.”  For Christians, the question perhaps reached a boiling point in a famous (or infamous) essay by Chuck Colson, published in the journal First Things in 1996, in which Colson stated:

In America today, we have very nearly reached the completion of a long process I can only describe as the systematic usurpation of ultimate political power by the American judiciary–a usurpation that compels evangelical Christians and, indeed, all believers to ask sobering questions about the moral legitimacy of the current political order and our allegiance to it.

Colson suggested that if judicial activism continued unabated, Christians would be forced to engage in increasing acts of resistance, including active civil disobedience and perhaps even armed violence, but here are the questions first:

What do you think:  What role should judges play in a democratic society?  How should Christians living in democracies respond when judges shape the law in ways that seem to conflict with Christian values?

But would even active disobedience be
effective against our current judicial state? When peaceable means and limited
civil disobedience fail–at least according to the Protestant theologians [John]
Knox and [Samuel] Rutherford–revolution can be justified from a Christian viewpoint.

Thankfully, at the end of his essay, Colson acknowledged
that the tipping point towards military revolt had not yet been reached.  Yeoman evangelicals were able to return their
pitchforks, muskets and torches to the garage for the time being.  Yet Colson’s anger at what he perceived
as a judicial usurpation of democracy continues to simmer in conservative
Christian circles.

It’s common in politically conservative circles to argue
that “judges should apply the law, not make law.”  Conservatives worry that judges no longer feel constrained
by the meaning of the legal texts, such as the U.S. Constitution, that govern
the cases they are deciding.  Since
federal judges are not elected and are appointed for life, they argue, this
removes control over the government from the hands of the people.

This basic concern is not entirely unfounded.  Perhaps the paradigmatic example of
this problem is the Supreme Court’s opinion in Griswold
v. Connecticut, a case involving a challenge to a Connecticut statute that
banned the provision of contraceptives to married couples.

Although the Connecticut statute seems absurd, there is
nothing in the Constitution that would explicitly prohibit a state legislature
from enacting such a law.
Nevertheless, the Court stated that the “specific guarantees in the Bill
of Rights have penumbras, formed by emanations from those guarantees that help
give them life and substance.”  One
of these penumbral rights, according to the Court, is a broad, general right to
“privacy.”  The Court found that
the Connecticut contraception statute was an unconstitutional violation of the
right to privacy.  This laid the
analytical groundwork for later constitutional challenges to other state laws
involving sexuality, including the right to abortion articulated in Roe
v. Wade.

Whatever one ultimately thinks about the constitutional
right to privacy, it’s reasonable, I think, to be concerned about judges
invalidating state laws based only on “penumbras formed by emanations.”  It’s fair to suggest that law should be
grounded in text, precedent and history, rather than divined from “penumbras.”

At the same time, however, it’s not true that the judicial
role is always and only to “apply” laws enacted by democratically elected legislatures.  In fact, much of the law that governs
our everyday activities – including the law of contracts, property, torts, and
criminal law – has its roots in the “common law,” which is a system of judge-made
law.  In the traditional formalist
/ natural law vein, the judge’s role regarding the common law was to discern
and codify legal principles evident in the order of nature.  I suspect that this historic practice
vests more authority in judges than most conservatives today would appreciate.

Moreover, judges must “interpret” constitutional, statutory
and regulatory law.  An act of
“interpretation” is never merely passive, as reader-response theory and other
contemporary hermeneutical models demonstrate.  Although some judges purport to be “strict
constructionists,” we can question whether there really ever is such a thing as
“strict construction” of any received text (as our frequent debates about
Biblical hermeneutics attest!).

Finally, there is a sense in which judges properly stand in
judgment over legislative and regulatory law, in that judges often must
evaluate whether these subsidiary norms comport with constitutional law.  Supporters of this concept of “judicial
review,” which was articulated in the famous 1803 Supreme Court case of Marbury
v. Madison, argue that this power provides an important check against
executive and legislative tyranny.
This is particularly significant, they suggest, when the issue involves
historically disenfranchised or oppressed minorities, such as in the historic
school desegregation case of Brown
v. Board of Education.