Faith and the Future 3 (RJS) 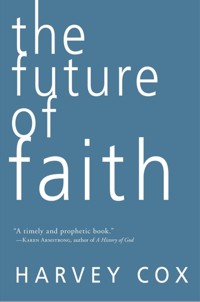 The central portion of Harvey Cox’s new book The Future of Faith lays out the New Perspective on The Church – which is no longer new. It is broad brush summarized as follows:

His immediate followers were committed to this vision

At its core the movement was a rebellion against human, particularly Roman, empire in favor of what could be – Kingdom of God

? The distortion is apparent as early as the first epistle of Clement (ca. 92 AD)

? The distortion develops through Tertullian and Origin and Cyprian

? The distortion crystallized with Roman favor and Constantine

The council at Nicaea, far from being a sober and Spirit led occasion marked the end of the beginning. The transition was complete.

Meanwhile the Christian bishops went on debating the fine points of theology, Now they argued over what homoousious really meant and the nature of Mary’s relationship to God and Christ. They composed more creeds and excommunicated more people. After the fall of Rome in 476, the ensuing centuries toll a dismal story if the repeated failure of using creeds and excommunications to achieve any result, except for further rancor. (p. 108)

So here is a question to ponder:

Which parts of Cox’s perspective on the Church ring true – and which parts don’t? How would you tell the story?

I ask this question in this fashion because we cannot simply dismiss what Cox has to say. Many of these ideas are running through our church today.  We see them in NT Wright’s work – and Greg Boyd’s. Isn’t some of this revision of church history the background for The Myth of a Christian Religion: Losing Your Religion for the Beauty of a Revolution

? NT Wright, much as I respect the man, sees “anti-imperial cult” permeating the pages of the New Testament. LeRon Shults in his Science and Christology is willing to assign large portions of the creeds to time-anchored debates having no significant meaning for us today.

The reformers saw some of the excesses of church hierarchy and moved away – but then developed equally constrained formulae and creeds. Saved by faith became saved by believing in justification by faith.

As we entered the twentieth century, the fundamentalists saw the loose approach to scripture leading to an “anything goes” Christianity. Inerrancy and belief in inerrancy became the rock-bottom foundation. This is the creed. Cox has an interesting view of fundamentalists – and he classes his
foray with IVCF in the 1940’s as his experience as a fundamentalist.

Fundamentalism is the current Protestant variant of the toxin of creed making that entered the bloodstream of Christianity early in its history. Fundamentalists collapse faith into belief. They define themselves by their unyielding insistence that faith consists of believing in certain “fundamentals.”  (p. 141)

Cox sees changes at work though …

Conservative Christianity in America – and in many other parts of the world – is not a phalanx. The Spirit is moving. Faith is becoming more salient than beliefs.  … Worldwide, evangelical movements are moving, changing, dividing. They are vigorous in many ways, but often ambivalent about their mission. Many of their leaders who once condemned the “social gospel” are now searching for a social theology of their own that includes peacemaking, striving for racial justice, and combating poverty. The opportunity for useful conversation with the “other wing” may be more promising than ever.

He believes that his audience – secular Christian liberals – should seize this opportunity and open a dialog with more conservative Christians.

What of the future? We can argue with Cox – and I certainly think that his picture of both the Christian past and the Christian faith is deeply flawed – but many of the trends that he sees are true. Perhaps some of them are necessary correctives in the ongoing stream of the church. For example – there is a growing realization that the Christian faith demands a social theology that includes peacemaking and combating poverty and oppression (Samaritan’s Purse and World Vision are examples, but there are many more). But as we move forward this also requires that we think deeply about the faith we claim – the rock on which we stand. The story of the gospel (see last week’s post) and the story of the church (above) must be considered as we look to the future.

Cox has given his perspective. This perspective begs a response – a new response for a new day.  We can see (perhaps) the shortcomings of the ‘fundamentalist’ approach.  But the future is not so clear. Cox will throw up his hands in disgust, but there are core essentials to the faith – and these are grounded in beliefs. Belief in God and in his work in the world, past, present, and future.

What are your thoughts? Does a new perspective on the kingdom message of Jesus  require response? How?

Religion or Revolution? 4
archives most recent
More from Beliefnet and our partners
previous posts