This post finishes off our review of Jim Belcher’s book, which raises many of the pertinent issues, though I’d like to see a “deep church” approach to theology and language. But, still, good book and I’m grateful for the good discussions this book generated. I want to announce a new series I will begin next Tuesday on John Franke: Manifold Witness: The Plurality of Truth (Living Theology)

Join us for that series.

In the last chp of his book,  Jim Belcher, in Deep Church: A Third Way Beyond Emerging and Traditional

studies “deep culture,” or a Third Way of understanding culture.
After illustrating the conflict between the “strict” subscriptionists and the “system” subscriptionists among the PCA (Presb Church in America), Belcher acknowledges that the main issue with the emerging movement is its relationship to culture. The critique of traditionalists is their lack of engagement with and in culture. The critique of the emerging folks is their capitulation to culture.

Emerging folks want to bridge the gap between the sacred and the secular, the dualism that has shaped the church for far too long. Isolationism must give way to integration. The critique of the church by non-churched people confirms this isolation and lack of integration. Some propose recapturing a doctrine of creation, and he appeals here to Steve Taylor’s well-known book (The Out of Bounds Church?: Learning to Create a Community of Faith in a Culture of Change (Emergent Ys)

Belcher thinks there is too much individualism in the creation theology of the emerging, and that they need to expand their creation theology. Belcher sees changes of late here, but says there is not enough theology of church and state or church and economics. He thinks there is too much anabaptism in the emerging movement, and he examines Hauerwas.
What is the best emerging thinking on politics, church-state relations, or economics?
Belcher does what most informed Reformed folks do at this point: he goes to Abraham Kuyper. Church as institution is he traditional bit; church as organism, working out redemptive activity outside the church, is the needed element — leading to the Third Way. He cites The Federalist Papers and de Tocqueville.
So there is a theology of common grace. I would wonder if Belcher thinks Os Guinness is a good example of a Reformed, Kuyperian-vision Third Way. (Do you Jim?) 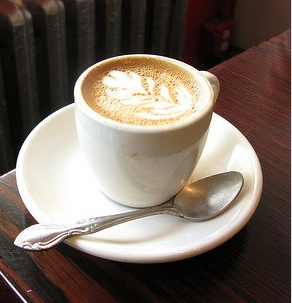