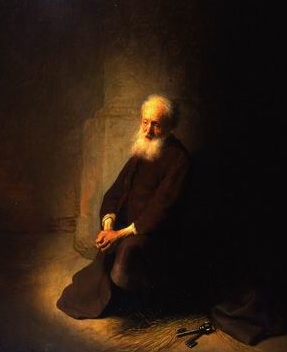 The narrative of Acts shifts back to Peter, and Peter’s story is about his healings which set up his mission to Gentiles — showing that Peter and Paul were on the same page: the gospel is for all.

9:32 Now as Peter was traveling around from place to place, he also came down to the saints who lived in Lydda. 9:33 He found there a man named Aeneas who had been confined to a mattress for eight years because he was paralyzed. 9:34 Peter said to him, “Aeneas, Jesus the Christ heals you. Get up and make your own bed!” And immediately he got up. 9:35 All those who lived in Lydda and Sharon saw him, and they turned to the Lord.

9:36 Now in Joppa there was a disciple named Tabitha (which in translation means Dorcas). She was continually doing good deeds and acts of charity. 9:37 At that time she became sick and died. When they had washed her body, they placed it in an upstairs room. 9:38 Because Lydda was near Joppa, when the disciples heard that Peter was there, they sent two men to him and urged him, “Come to us without delay.” 9:39 So Peter got up and went with them, and when he arrived they brought him to the upper room. All the widows stood beside him, crying and showing him the tunics and other clothing Dorcas used to make while she was with them. 9:40 But Peter sent them all outside, knelt down, and prayed. Turning to the body, he said, “Tabitha, get up.” Then she opened her eyes, and when she saw Peter, she sat up. 9:41 He gave her his hand and helped her get up. Then he called the saints and widows and presented her alive. 9:42 This became known throughout all Joppa, and many believed in the Lord. 9:43 So Peter stayed many days in Joppa with a man named Simon, a tanner.

The narrative gets Peter to Simon the tanner, the first Gentile mission of Peter, but Peter gets there only through two healings, both of which lead to new conversions. As “T” posted last Friday, so here: there is an unmistakable presence of miracles in the stories and missional work of God in the Book of Acts.
First, what I observe is that God cares about bodies and healing and health — God’s mission is holistic even if ours aren’t.
Second, God cares about both males and females: Aeneas and Dorcas, a man and a woman, healed by God through the power of Christ who had called Peter.
Third, let’s continue this discussion and I’d like to hear from those who have thought about this, who have spoken or taught about it, or who have written about it:
What roles do miracles play in the early church? What role are they to play today? 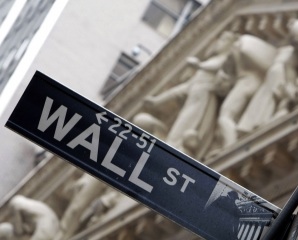 Economics at the Jesus Creed: Michael Kruse 4
archives most recent
More from Beliefnet and our partners
previous posts