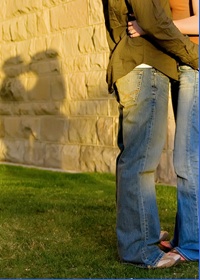 In a recent post we discussed the hooked up culture and the neuroscience connected to hooking up — the brain, so those authors argue, is the most influential sexual organ. That book discussed the facts and interpretation of neuorscience.

Laura Sessions Stepp, a well-known journalist at The Washington Post, has a book about the nature of life for women in the hook-up culture, and the book is nothing less than a bold revelation of things you might not want to know. The book is called Unhooked: How Young Women Pursue Sex, Delay Love and Lose at Both

Stepp concludes, after listening to the stories of young women involved in the hook-up culture, that “Relationships have been replaced by the casual sexual encounters known as hookups” (5).

A question I have, one that undergirds some of Stepp’s study, is if you learned in your public schooling and cultural education that “needing” another person was a good, a negative, or a neutral? Please think through this one if you can. One of the findings of Stepp’s book is that young women are taught that needing a man is not good.

Various sexual relations with no commitment. “Partners hook up with the understanding that however far they go sexually, neither should become romantically involved in any serious way” (5). Thus, its defining characteristic is the ability to unhook at any time. The number of sexual partners a typical college student has might surprise even the most realistic of Americans.

“The need,” she concludes, “to be connected intimately to others is as central to our well-being as food and shelter. In my view, if we don’t get it right, we’re probably not going to get anything else in life right” (9).

Her approach is to study a theme through the story of a woman. This life flows into a fire at college where students — she’s concerned with the women and what hooking up does to their sense of self-worth — enter into routine weekend hooking up where they go to parties intending to have sex with no particular person in mind.

The young woman she studies in this chp: “Like many smart girls who believe they can have sex and not become emotionally attached, she was surprised by the depth of her feeling” (26). She concludes this: “Hooking up leaves” these young women “wholly unprepared for both the steadfastness and the flexibility a loving relationship requires” (28).

In 2000, a professor at the College of New Jersey studied 555 undergrads and found that four out of five were involved in hooking up.

Why is this going on? Love can wait is one of Stepp’s major findings. Career matters most and, until they find the person they want after they’ve found the career they want, they will simply engage in sexual activities with no commitment involved.