Friday is for Friends: Rachel Evans

The following post is one of our “Friday is for Friends” posts written by friends of the Jesus Creed blog. Today’s post is by Rachel Held Evans, and you can read more about her at her blog. 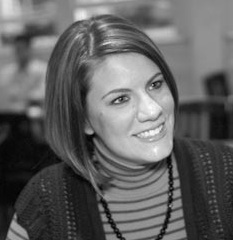 Growing up in the conservative evangelical
subculture, I spent a lot of years trying desperately to achieve what
is commonly referred to as “biblical womanhood”–an elusive spiritual
standard hailed by my pastors and professors as the best way to please
God and honor my husband. The Bible contained everything I needed to
know about my role as a woman, I was told. It provided the final word
on how I was to behave in the home, in church, and in society,
regardless of what voices from the prevailing culture might say.  “Biblical
womanhood” gave me and my friends an ideal for which to strive, a
calling to which to respond, and a label by which to praise or
criticize.
There was just one problem: None of us agreed on exactly what “biblical womanhood” was.

As I began to think more
critically about the Bible and the culture in which it was written, I
realized that the concept of “biblical womanhood” posed some serious
problems. Technically speaking, it was “biblical” for women to be
considered property (Exodus 20:17), to cover their heads (1 Corinthians
11:5), to marry their rapists (Deuteronomy 22:28), and to stand by as
their husbands took more wives.
Yet no one in my circle suggested that these biblical realities
constituted “biblical womanhood.” To imply that there was a single
“biblical” approach to womanhood (or marriage or family) required some
serious picking and choosing. Using the Bible as an adjective, it
seemed, was misleading.

I suppose that’s why, these days, I tend to
bristle whenever I attend a conference in which lectures are entitled
“The Biblical View of Courtship” or “A Biblical Approach to the
Environment.” Sticking the word “biblical” in front of a noun like
“manhood” or “womanhood” or “economics” or “stewardship” or “politics”
adds an element of gravitas to one’s argument, but it diminishes the
variety and complexity of the very words of Scripture one seeks to
elevate.
It implies that the Bible’s cacophony of voices can be reduced
to single tone, its rich stories and characters summarized in a single
line, its paradox and contradiction ignored or brushed aside.
It suggests that just one interpretation exists…or that the speaker’s interpretation is the only one that counts.

We often use the Bible as an adjective without
even thinking about it. For years, I bragged about having a “biblical
worldview,” without regard to the massive assumptions such a statement
makes about the Bible’s cultural context as well as my own. I’ve
noticed that my Episcopal friends get a little uncomfortable whenever
someone refers to evangelicalism as “biblical Christianity,” implying
that other traditions do not take Scripture seriously. In debates
between young earth creationists and theistic evolutionists, I’ve heard
people from both sides claim a “biblical view of creation.” And in a
heated discussion about state-sponsored welfare the other day, I found
myself blurting out, “Well, I prefer to take the biblical approach to
poverty, the one in which we always care for our poor.” Oops.

Now, I’m not advocating a complete retirement of
the word “biblical.” (It’s obviously a useful term for describing
certain courses of study.) I’m just suggesting we apply more caution in
how we use it. I find it helps to ask myself, “Am I using the Bible to
end a conversation or to begin one?” or better yet, “Am I really trying
to align myself with the Bible or am I trying to align the Bible with
me?”

I’ve found that such an approach makes talking about womanhood a bit more challenging, but infinitely more enjoyable.

[Rachel Held Evans is a writer from Dayton,
Tennessee, home of the Scopes Monkey Trial of 1925. Her book, a
spiritual memoir, is tentatively titled “Evolving in Monkey Town” and
will be published by Zondervan. She blogs at