Kris and I fly to Paris and then down to South Africa today (and tomorrow!), where I will be giving some lectures in Pretoria and Stellenbosch about a variety of topics, including a conversation between professors and pastors about the Book of Acts and Missional Theology. It is unlikely that we will have regular editions of our “Weekly Meanderings” the next two weeks, but we’ve got some links for you this week. Here’s a picture of Pretoria:

We hope Zuma will help the Zimbabwe crisis.

I keep my eye on Jarrod — he’s an activist in Oz. CAS writes at Her.meneutics. Aaron gives preaching and preachers a kick in the shins. Tamara knows heaven. JR Woodward’s Good New series continues. Rob Moll on capitalism and Christian response — a historical angle. Nice to see a group blogging away about 40 Days Living the Jesus Creed. Who says the cover of a book doesn’t matter? (While you’re at Mark’s site, check out this idea: retreat as practice.) John Frye’s apreachin‘.

A New Kind of Marko.

Shane Hipps may not like one of the terms of this suggestion for blogging, but the piece is a good reminder. The Methodists are leading the way on this one — so far as I know. I notice this on phone messages — a voice, a tone, a style that is not the norm for that person — and Brett’s got handles on these issues. TSK on criticizing cyberchurches.

My interview with Fred Peatross.

Tony Jones on the resurrection: “Thus, since the resurrection of Jesus is his defeat of death, evil, and grief, it’s important to me that it really happened. Without a resurrected Jesus, Christianity is impotent. (Exhibit A: liberal Christianity) And I don’t mean a Jesus who was “resurrected” in the Disciples’ hearts, and in my heart. I mean a real resurrection in the space-time continuum by a physical being known as Jesus of Nazareth, as 99.99% of Christians for the last two millennia have believed.”

Times must be bad: I was invited to become a member of the Academy of American Poets. I once tried my hand at a few clerihews.

Greg Daniel’s twitter feed is worth following. A good one on the ten most common mistakes of writers. George Barna has a new book: The Seven Faith Tribes: Who They Are, What They Believe, and Why They Matter

Obama’s theory of the court — worth your reading. 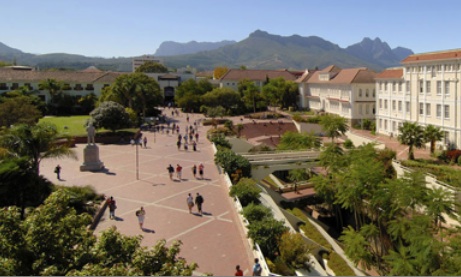 1. Maureen Dowd goes after Condi Rice and the whole “checks and balances” claims. I have to admit, while I think she’s too shrill, the rhetoric of the Republicans these days reveals a party in search of a center.
2. Freelance is the new full-time.
3. Kris and I both wondered about the disloyalty issue with Specter: what do you think?
4. The National Review will be offering editorials aplenty about the replacement of Justice Souter.

5. A trend in education? I think so. Speaking of junior colleges … Speaking of kindergarten.
6. The three waves of feminism.
7. On a woman’s teenage daughter’s movie selection: “When it comes to women’s issues and how young girls see themselves in
terms of beauty and intelligence and self-esteem, I believe they have
this constant barrage of negatives. It’s a daily drip-drip, and soon
they’re drowning in the muck.”
8. Oh so true.
9. Twitter-mania.
10. And Wi-Fi-mania.
University of Pretoria 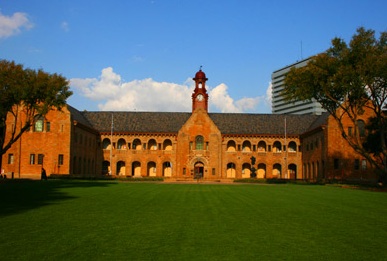 We’re heading to Reebok country, but our hearts are with the Cubs who are storming the month of May.

read next post
What's your favorite ...
archives most recent
More from Beliefnet and our partners
previous posts