Bart Ehrman on the Bible

Bart Ehrman has become the media’s darling scholar. Bart is a respected New Testament scholar with both a story to tell and a desire to tell it — even if he fails routinely to divulge that evangelical scholars do not believe much of what he is criticizing. Still, he’s got his points, they are in public, and here’s his newest one from The Washington Post and he is answering the question if he is out to destroy belief in the Bible. What do you think of his points? What does it mean for us to say we “believe in the Bible”? 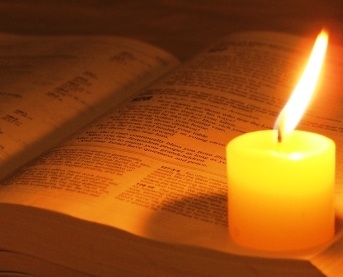 Here’s a clip of Bart’s piece: The idea that to be a Christian you have to “believe in the Bible”
(meaning, believe that it is in some sense infallible) is a modern
invention. Church historians have traced the view, rather precisely, to
the Niagara Conference on the Bible, in the 1870s, held over a number
of years to foster belief in the Bible in opposition to liberal
theologians who were accepting the results of historical scholarship.
In 1878 the conference summarized the true faith in a series of
fourteen statements. The very first one — to be believed above all
else — was not belief in God, or in the death and resurrection of
Jesus. It was belief in the Bible …

To make faith in the Bible the most important tenet of Christianity
was a radical shift in thinking — away, for example, from traditional

statements of faith such as the Apostles Creed and the Nicene Creed,
which say not a word about belief in the Bible.

Throughout most of history most Christian thinkers would have been
seen this view as theological nonsense. Or blasphemy. The Bible was
never to be an object of faith. God through Christ was. Being a
Christian meant believing in Christ, not believing in the Bible.

… [Ehrman concludes with this]

And so, biblical scholarship will not destroy Christianity. It might
de-convert people away from a modern form of fundamentalist belief. But
that might be a very good thing indeed.