Which gospel do you choose? 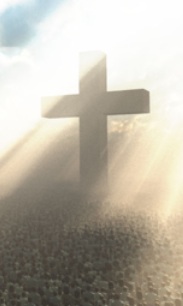 The gospel is my focus in study and research these days, and the subject of most my extra lectures I’m giving at various places, and I want to post two definitions of the gospel I’ve recently seen. How do you “define” the gospel?

Here’s a first option, which I’ve slightly edited, and one that is becoming more and more a way articulating the gospel for some:

“The gospel is not a call to follow Christ’s example or his teachings. It is not a proclamation of his kingly reign. It is not an invitation to enter the Church. It does not include a promise of his return. These are all aspects of Christian teaching. But the Gospel, very specifically, is the starting point that prepares for the teaching. The gospel is the good news that Jesus came to save us from our sins by dying on the cross and rising from the dead.”

The second one comes from NT Wright, from his book called What Saint Paul Really Said: Was Paul of Tarsus the Real Founder of Christianity?

My proposal has been that ‘the gospel’ is not, for Paul, a message about ‘how one gets saved’, in an individual and ahistorical sense. It is a fourfold announcement about Jesus:

1. In Jesus of Nazareth, specifically in his cross, the decisive victory has been won over all the powers of evil, including sin and death themselves.
2. In Jesus’ resurrection the New Age has dawned, inaugurating the long-awaited time when the prophecies would be fulfilled, when Israel’s exile would be over, and the whole world would be addressed by the one creator God.
3. The crucified and risen Jesus was, all along, Israel’s Messiah, her representative king.
4. Jesus was therefore also the Lord, the true king of the world, the one at whose name every knee would bow.

Two options on the table here. What do you think? Which best captures the gospel for you? What would add to each or either to make it better?

read next post
How do you introduce yourself? (by PW)
archives most recent
More from Beliefnet and our partners
previous posts