Capital Punishment and the Trial of Jesus

This last weekend in our travel to Canada and back, I read lawyer and professor of law at Baylor University, Mark William Osler‘s new book Jesus on Death Row: The Trial of Jesus and American Capital Punishment

. There are two major highlights to this book, and I would commend it to church libraries across the land …

First, instead of trying to do what he doesn’t do — biblical and historical studies — Osler examines how a lawyer sees legal procedures at work in the Gospel narratives as they tell the story of Jesus’ trial and execution on a cross. Instead of imposing modern law on ancient texts, he sees principles of legal procedures at work that became elements of modern law. Hence, a welcome, chaste, and illuminating method that leads to one interesting result after another.

Here some elements of the proceedings against Jesus that he illuminates: investigation and inculpatory statements, paid informants, strategic arrests, maiming the slave, last meals and last suppers, trial witnesses, the prosecutor’s emotion, habeas corpus, humiliation, and cruel and unusual punishments. He has a section, too, on commutations and clemency.

Which leads to … What do you think of capital punishment? Is this the wisest and best of ways in our world today?

Second, Osler’s contention that Christians have a responsiblity to examine contemporary capital punishment in light of what happened to Jesus. Here are his statements:

“If we choose to worship an innocent who was executed as a criminal, shouldn’t we care about the execution of innocents in our time? Can we in good conscience continue to abide by a system that will continue to execute a large number of the guilty and a smaller number of the innocent, given a faith that values each life so dearly?”

“It seems that would be difficult for an intelligent, engaged politician, be it Bill Clinton or George Bush, to justify his support for a death penalty that kills innocents if he returns home on the weekend, goes to church with his family, hears from the Bible that ‘truly I tell you, just as you did not do it to the least of these, you did not do it to me’ (Matt 25:45).” 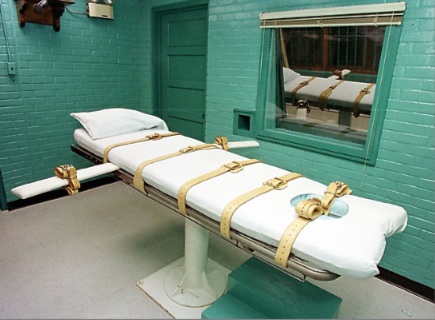 “But for those of us who are Christians, to which way of thinking are we called? Are we to be a part of that mob calling for retribution?”

What part does John 8 play in this? The text is suspect; very few doubt, however, that it is an accurate story about Jesus. Here Jesus comes upon a scene with a woman who had done something worthy of capital sentence and here are his words: “Let anyone among you who is without sin be the first to throw a stone at her” (John 8:6-8 is context he cites).

“In the end, this might be the example that Christ offers as we consider capital punishment, suggesting that we remove ourselves from the mob and quietly hold up the question before our consciences and faith.”

I’m against capital punishment. What are your best arguments in favor of it?

Drip Coffee? You gottabekiddin' me!
archives most recent
More from Beliefnet and our partners
previous posts