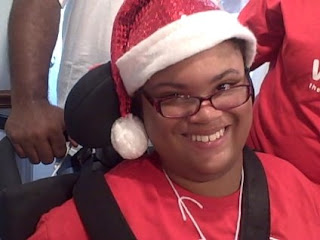 I got to meet some strong, beautiful people at the Camp Variety for Children recently. The summer program is part of Variety the Children’s Charity of Pittsburgh, which is the oldest children’s charity of southwestern Pennsylvania.What is now a global organization was actually started right here in Pittsburgh. On Christmas Eve in 1928, someone found a baby girl left on a seat in the Sheridan Theater in East Liberty. The baby’s mother wrote a note that said her husband was out of work and they had eight other children to take care of. The mother said she heard of the kindness of theater people and hoped that someone there would be able to care for her little girl.The theater manager and other businessmen from Variety Club agreed to support the baby, and the community quickly pitched in…so much so that the caregivers were able to donate toys, clothes, and food to other children and families in need. Soon the mission spread to others in the entertainment industry around the country and the world.Variety International now has 52 chapters in 14 countries and has raised more than $1.5 billion dollars!The two-week Camp Variety for Kids is one of the Pittsburgh chapters big projects. The day camp serves nearly one-thousand physically challenged and disadvantaged children and their brothers and sisters every year.The camp is fantastic for the children, but is also greatly appreciated by parents and caregivers, who see it as an incredible opportunity for much needed respite care; which is too often out of reach for families who are emotionally and financially drained from the constant caregiving they provide.The little girl in the picture above is Amari. She just had her sweet sixteen birthday party. (Here she was getting into the spirit of the camp’s Christmas in August celebration!) Amari’s a camp veteran—she’s been coming for eight years. Amari has cerebral palsy. Her sweet parents shared some of their feelings about caregiving with me:
And here’s the President of the Pittsburgh Chapter of Variety Club, Christine Kobus, with her thoughts about the importance of making time for yourself:

Christine and I got to talk about the Ten Minute Tip concept behind Take Care! She has such a good perspective and inside knowledge on caregivers, and caregiving issues. I was eager to hear what she thinks about the book. Here’s what she had to say:That’s what I like to hear! Thank you Christine—and everyone at the Variety Camp! The experience will stay with me for a long time.j. 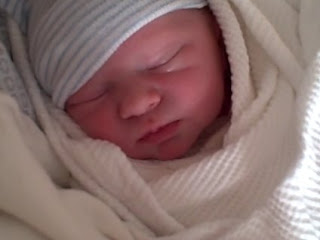 Thank you for visiting Jennifer Cares page. This blog is no longer being updated. Please enjoy the archives. Here are some other blogs you may also enjoy: Inspiration Report Beyond Gorgeous Happy Reading!!!

I'll Take Time for Me: Resolutions for Caregivers

Were you too overwhelmed, or did you make some New Year’s Resolutions this year? If you did, how are you doing so far with keeping them? If you didn’t, I have some suggestions! (We say we don’t like it, but sometimes it is nice to be told what to do).  I’ve come up with some […]

I love living in Pittsburgh, PA…love our champion sports teams! Tonight, the Pittsburgh Penguins are in the international spotlight, playing in the Winter Classic. Our Heinz Field, home of the Pittsrbugh Steelers, has been turned into a skating rink for the event. After weeks of below freezing temperatures here, tonight, it’s 50 degrees and very […]