Holy Land? What About Israel?

Recently a friend of mine posted on Facebook that he was interested in visiting the Holy Land. Most of us know what that refers to: Israel. The land of the Bible.

My friend is a good man, but it’s not the only time he’s referred to Israel as “the Holy Land.” In fact, I’ve never heard him say “Israel,” except in the context of a Bible passage, particularly the Hebrew Scriptures.

The “Holy Land” is often a way for American Christians to avoid saying “Israel.” Israel, you see, is controversial. Israel oppresses the Palestinians, or takes too much annually in aid from the U.S. Or…well, there are so many excuses.

“And the Lord shall inherit Judah his portion in the holy land, and shall choose Jerusalem again.”

So there is a biblical precedent for using the term, and I don’t have a problem with it. I really don’t.

I do have a problem with Christians who can’t form the word Israel when talking about the modern incarnation.

It’s been my experience that mainline Christians primarily say Holy Land rather than Israel, but it is increasingly becoming the rage within Evangelicalism. It is jarring today to hear a Southern Baptist or even a Pentecostal stick a tongue to the roof of his mouth to avoid saying Israel.

On the one hand, it’s a political issue. A “politically correct” issue. But on the other, more important hand, it’s a spiritual issue. If Christians are loath to say “Israel,” then I loathe their distaste for the name.

Intolerance for modern Israel is a growing spiritual sickness in the American church.

It is an unholy thing. 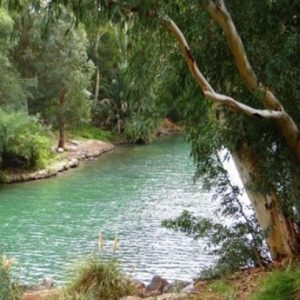 Time to Visit Israel!
archives most recent
More from Beliefnet and our partners
previous posts