The Best & Worst States for Women’s Equality: A Ranking

In a society that is supposed to be equal, why does it seem that women are not getting the same opportunities as men? As it turns out, it’s because they aren’t.

The United States of America is a country that prides itself on being the bastion of freedom and individual liberty. It’s also a country where women had fought for their rights since before it became a nation.

For example, in 1776, Elizabeth Cady Stanton wrote “A Declaration of Sentiments,” which expressed her desire for equal treatment under the law regardless of gender. In 2021, we are still fighting to get there, with many states making it difficult for women to achieve equality in society despite decades worth of progress. Which made one company probe the question, where should women live in America if they want equality?

WalletHub ranked all 50 states from best to worst based on metrics like workplace environment, education and health, and political empowerment to determine where women receive equal treatment in American society. The top and bottom rankings were as follows:

Here are the top 10 WORST states in America for women’s equality.

Here are the 10 BEST states in America for women’s equality.

The study from WalletHub is interesting because it tells us many things about how women get viewed in society. Women have always fought to be equal with men, but there is still a lot of discrimination towards them even though they make up half of America’s population.

Women are often passed up for promotions or pay raises because of bias against them, yet their numbers grow every day. In every state in America, women earn less than men in the workforce. In states like Maryland, the pay gap is considered low, with an 11 percent difference between male and female employees. Even as it is not on the worst list, Wyoming has the highest gap at nearly 28 percent. What makes these numbers so shocking or concerning is that most of America’s minimum wage workforce is made up of women.

America has a long way to go with equality. It didn’t even rank in the top 10 of the World Economic Forum’s top 165 countries based on gender equality. We ranked 30th, which is better than the previous 53rd rank. We know women’s equality is essential to many Americans but how long until we can achieve it?

The problem with women’s equality is a topic that has been hotly debated in the media and on the streets for decades and will continue to be so as the country’s population becomes more diverse. We are on our way, but it won’t happen overnight or even within one lifetime.

The future of women’s equality is dependent on the political, social and economic landscape of society. We must include women in decision-making roles to make sure their voices are heard but also implement legislation to protect them from discrimination in all forms. Women deserve more. More than just equal rights, more than just being treated the same as men, they deserve to be recognized for their contributions and given opportunities to excel in what they do best.

There are specific changes in the American landscape that need to get addressed, but some good news is also. We have made huge strides towards women’s equality, which has had a positive impact on society overall. The more we empower our daughters, mothers, sisters and friends with equal rights, the more they want to get involved in politics.

The problem with women’s equality is not that women want too much; it’s that society wants too little from them. 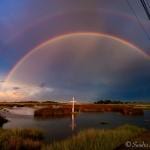 “God Laid His Hand on Me”: 90-Year-Old Man Credits God for Tennessee Flood Survival
archives most recent
More from Beliefnet and our partners
previous posts