68-year-old Pamela Conrad is taking the science and faith worlds by storm. Both of Pamela Conrad’s professions involve exploring the skies but for vastly different purposes.

Conrad works at the Carnegie Institution of Science in Washington, D.C. as a research scientist at dusk. At dawn, she prepares to lead the congregation at St. Alban’s Episcopal Church in Glen Burnie, MD, where she serves as an Episcopalian priest.

Conrad is a member of the tactical operations team for the Mars Perseverance rover mission in her science career. The research scientist reports and interprets data in collaboration with NASA’s Jet Propulsion team members from their Pasadena, CA laboratory, in addition to many other research laboratories nationwide.

Conrad honed her passion for learning to pursue music and geology at George Washington University. She took a plethora of science courses her freshman and sophomore year but completed her undergrad with a bachelor’s degree in music in 1974. In 1987, Pamela earned her master’s degree in music composition since her career aspiration was to be an opera singer. Conrad’s educational pathway circled back to science, and in 1998, she obtained a doctorate in geology.

In 1999, NASA searched for new scientists to join the geobiological research team for the Curiosity rover project. The microbiologist was brought on as a contractor at the California Institute of Technology Jet Propulsion Laboratory. Unfortunately, Conrad’s first few experiment designs were not picked by NASA for project execution since it was highly competitive and challenging to place equipment on such a small spacecraft. Despite the adversity she faced, Conrad did not shy away from the task.

After her time working as a Jet Propulsion team member, the astrobiologist became a full-time civil servant scientist at NASA’s Goddard Space Flight Center in Greenbelt, Maryland, from 2010 to 2017. In her new role as deputy principal investigator for Mars sample analysis, she primarily worked on the Mars Curiosity rover mission in addition to various other projects. The expedition’s objective was to discover if there were any proof of sustainable life on Mars.

“We are trying to understand if the processes that allowed life to develop and flourish on Earth ever occurred on Mars. If they did, we want to know if life appeared — and, if not, then why not?” Dr. Conrad told George Washington University’s alumni magazine. That is the ever-present question that is still trying to be answered to this day.

Later in life, Conrad began to focus more on her faith after a life-changing experience on a turbulent day during a work trip to Antarctica. As a result, her primary study became her Christian religion. First, the NASA scientist rejoined the denomination of her childhood, the Episcopalian Church. Later, she enrolled in the Episcopal Divinity School in Cambridge, MA, where she completed a master’s degree in divinity in 2017. Following her completion of the program affiliated with the Union Theological Seminary in New York City, Conrad took up leadership of her Maryland congregation.

“I want to make this very clear,” the Episcopalian Priest said in a recent interview. “My first job, and my first responsibility, is now as the pastor of a church. What you see on Sunday is just a part of it. I have duties to my parishioners and their needs, and in the end, people have to come first. People are a lot more tender than rocks.”

Religion and science have become very controversial topics in society that often clash with ideologies. However, the Episcopalian scientist disagrees.

“There’s no clash between science and religion,” Conrad said. “Both investigate the wonder of the world and our place in it.”

Conrad’s dedication and success in both of her vastly different careers are incredibly inspiring. Her example demonstrates that you can have the best of both worlds. 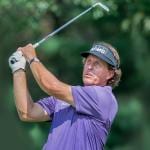 Charitable Donations Reached a Record $471.44 Billion in 2020 Amidst a Worldwide Pandemic According to Giving USA 2021 Report

After a year plagued with devastation and hardship, it fosters hope to know that charitable contributions did not falter.