In the past, women were only serving in positions of spiritual leadership alongside male rabbis in Orthodox synagogues in Israel. 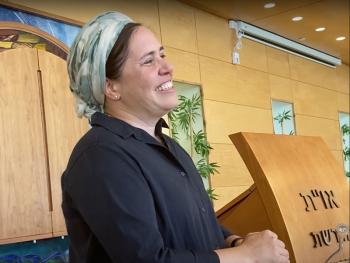 Rabbanit Shira Marili Mirvis was appointed as the sole spiritual leader and halachic authority at the Shirat Tamar Synagogue in Efrat. Rabbanit Shira has made history as she is the first woman ever appointed to the role. Up until now, Orthodox women who were appointed as leaders would serve alongside male rabbis.

Mirvis being appointed created a powerful landmark for Orthodoxy in Israel. Women have been advancing in spiritual and halachic leadership positions for many years but never made it to the full communal leadership position until recently.

“Many times’ in my life I missed having a female Torah figure until the penny dropped that I can be that figure for other women,” Mirvis said in an interview with Army Radio.

She also shared a key moment that made her realize that she wanted a woman to tell her what she should do in matters of religion. At her fathers’ funeral a member of the burial society told Mirvis that she should not tear her clothes, she decided to tear them anyways. She knew that were many tensions in her life and as a feminist woman in the Orthodox community she would not be treated the same as me or have the same opportunities.

Mirvis, a mother of six, will graduate in June from a 5-year course at the Susi Bradfield Women’s Institute of Halakhic Leadership a division of the Ohr Torah Stone institute. The institute runs a course for women in communal leadership and halacha.

Mirvis has been an active member in her community in the recent years where she participated in a program by the Beit Hillel spiritual leadership organization answering questions on halacha. She also volunteers in the Efrat community that assists women during the ritual mikveh immersion and is a member of the local burial society. Rabbanit Shira has also served as the head of a religious study center.

Shira also teaches a very popular weekly Talmud vlog and serves as a trusted adjudicator of halachic issues which have made her highly sought after both within her Efrat community and on the internet.

Rabbi Kenneth Brander, president and dean of Ohr Torah Stone had this to say about Mirvis being appointed:

“The chance to witness Rabbanit Shira Mirvis take on this role represents an important moment as we recognize that the place of women in Jewish leadership can go fully hand in hand with halacha and our mesorah tradition.”

Oded Revivi, head of the Efrat municipal council, also praised Mirvis being appointed saying it was a “natural and welcome process” and we can expect many other women to follow her lead.

The Conservative Jewish stream The Masorti Movement in Israel praised Rabbanit Shira via their Facebook page with a post that read “when you break the glass ceiling you do it for generations of women for whom spiritual leadership roles in the Jewish people are possible and worthy goals that they can aim for.”

The WIHL director Rabbanit Devorah Evron also chimed in and had this to say:

“There is no doubt that this is a large step both for her, personally, but also for the place of female Torah leadership in Jewish communities in Israel and worldwide.” 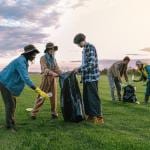