Alex Trebek has touched so many hearts, and even after his passing continues to impact even more. Instead of being sold off for a financial profit, Matthew Trebek will give away some of Alex Trebek’s infamous “Jeopardy!” attire to an organization that helps the lives of homeless men.

Alex Trebek was the host of “Jeopardy!” for 37 seasons. Famous for his charismatic hosting abilities and witty commentary, Trebek became a household fan favorite. Fans were saddened when he announced his battle with stage four Pancreatic cancer in March 2019, stating that he was “going to fight this, and I’m going to keep working,” he expressed. “And with the love and support of my family and friends and with the help of your prayers also, I plan to beat the low survival rate statistics for this disease.”. In battling this terminal illness, he demonstrated miraculous strength through loving his family and loving people. His optimism, faith, and kindness continued even as his time on earth drew to a close. He assured that no matter the progress or outcome of his situation, he trusted God.

In a brilliant display of altruism, Trebek dedicated his last days on the show to focus on those in need.

Homelessness is a prevalent issue in our society. Numerous organizations work to eradicate homelessness and poverty. One of these organizations, in particular, was the recipient of Alex Trebek’s “Jeopardy!” Wardrobe, “The Doe Fund“. George T. McDonald and Harriet Karr-McDonald founded the nonprofit in 1985 in New York City to help the city’s homeless population by providing economic opportunities. The founders were motivated to start this organization after witnessing the ongoing struggles of individuals they knew personally in the homeless community of New York. The program has since expanded in this country with over 400 employees.

Their mission is to break the generational cycle of poverty, mass incarceration, and homelessness. The reentry program’s title, “Ready, Willing & Able” is very accurate and evident through the 28,000+ men they have helped over the past 35 years. The program allows men to transform their lives for successful reentry into society after serving their prison sentences. Alex Trebek’s son, Matthew Trebek, is a fond supporter of “The Doe Fund” and packed some of his father’s clothes to donate to the program. The donation consisted of 14 suits, 58 dress shirts, 300 neckties, 25 polo shirts, 14 sweaters, nine sports coats, nine pairs of dress shoes, 15 belts, two parkas, and three dress pants. The wardrobe from the kind host will be given to the “Ready, Willing & Able” members to wear on job interviews. “The Doe Fund” Founder and President George T. McDonald passed on Jan. 26 2021. McDonald’s passion for helping others and devotion to the program is incredibly inspirational. His legacy of transforming lives through servitude will carry on in the hearts of those that he has helped.

Legacy is more than money or property; legacy is sowing a seed where others can learn something. It is the little acts of generosity that lives on in the hearts and actions of people. This is the heartbeat of most nonprofit organizations. By taking things that most people would typically use for personal financial gain, these organizations use these items to impact others’ lives positively.

The world remembers Alex Trebek for how he always used his character’s kindness to impact others’ lives. His legacy carries on, and this generous act from his son is just one display of that. It is a powerful gift to leave. After fighting stage four cancer for over a year following his announcement, Alex Trebek passed away on Nov. 8, 2020. Trebek is survived by his wife, Jean Currivan Trebek, and his two children, Matthew and Emily. Hopefully, his generous displays will inspire people to follow suit in his legacy by helping others and changing lives in our communities. 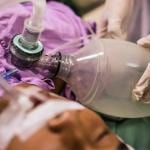 God at Work: Mariachis’ ‘Hand of God’ Touches COVID-19 Patient on Ventilator
archives most recent
More from Beliefnet and our partners
previous posts