God’s voice not only helped the officer narrowly avoid the bomb, but it also enabled him to save others.

Nashville Officer James Wells, one of the heroic cops who helped evacuate people moments before an RV with a suicidal man inside exploded, says God spoke directly to him before the incident took place. God’s voice saved his life and many others in the process, CBN reports.

“As I’m getting ready to walk toward them, walking back toward the RV, this might not be politically correct, but this is my truth. I literally heard God tell me to turn around and go check on Topping (fellow officer) who was by herself down on Broadway,” Wells said.

“As I turned around, for me, it felt like I only took three steps. The music stopped, and as I’m walking back toward Topping now, I just see orange, and then I hear a loud boom. As I’m stumbling, ’cause it rocked me that hard, I started stumbling. I just told myself to stay on my feet, stay alive, and I just take out in a full out sprint, and I’m running toward Toppin to make sure she’s ok,” he continued.

In a later interview, Wells added that he is a spiritual person. He opened up about being led by God in so many ways, Daily Wire reports.

“I’m a spiritual person, and so I truly believe that when I do this job, I’m led by that voice, how I treat people, how I go about doing this job every day, that’s what guides me. And I truly believe that that’s what guided me in that sense because I was literally getting ready to walk back toward that RV, and you watch the video, you can see that moment of clarity for me when I heard God say, ‘Go and check on Topping.’”

This truly is the power of God!

See the exact moment Wells hears the voice of God, just seconds before the blast in the video below. 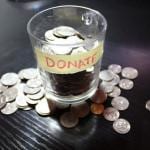 12 Days of Service Challenge, Day 12: Donate Extra Change to a Good Cause
archives most recent
More from Beliefnet and our partners
previous posts

Joe Trejo was hooked up to a ventilator in the intensive care unit at St. Jude Medical Center in Fullerton. At the time, he wasn’t able to communicate with his wife or their three sons. Then, something unexpected happened. A mariachi band played the couple’s favorite song in the parking lot, and they were able […]

The longtime Arizona Department of Public Safety officer who co-founded the Make-A-Wish Foundation passed away at his home in Prescott, Arizona. The cause was esophageal cancer. The Make-A-Wish Foundation, headquartered in Phoenix, Arizona, helps fulfill the wishes of children with critical illnesses. Started in 1980, the organization can trace its roots back to a 7-year-old […]

A mom and daughter are celebrating Black History Month in a unique way – by playing a special game of dress-up. Each day in February, Taylor Trotter takes photos of her 5-year-old daughter Paisley dressed as different inspiring black figures in history. They place the photos side by side, then upload them to Facebook. The […]