Covid-19 hasn’t slowed down people’s willingness to give, even if they aren’t able to do it in person, and while the U.S. continues to rank as the most generous country, WalletHub.com has recently released a report on some of the Most Charitable States within the U.S. for 2021.

WalletHub, which is a personal finance website, generated the report by comparing the 50 states based on “19 key indicators of charitable behavior.” The data ranged from volunteer rate to the share of income donated to the share of sheltered homeless.

Twenty of the fifty states were featured on the list, and Utah ranked number one as the most charitable state, followed by Minnesota, Maryland, and Oregon. Utah has the highest volunteer rate (51.00 percent) and the most volunteer hours per capita (56.29 percent). This attests to the report’s findings that Americans are doing more than just contributing monetary donations to help others, they are contributing a significant amount of their time to help. It was reported that over 77 million people volunteer in the U.S., which equates to a total of 6.9 billion hours per year, which explains why the World Giving Index has ranked the U.S. as the most generous country for the past ten years. That 6.9 billion volunteer hours per year translates to $167 billion worth of service!

WalletHub has also included its list of the Best Charities in 2021 to help donors maximize the impact they have when making their donations. The website was able to comprise this list by comparing over 200 of the most prominent charities in the U.S. based on their popularity, transparency, and financial performance. The website also offers a Charity Calculator to help donors determine how much they should be giving and best practices to have when it comes to how to choose a charity. Some of those practices include finding a cause first, doing your research, and most importantly, spreading the love amongst multiple charities when you can.

Check out details of WalletHub’s report below. 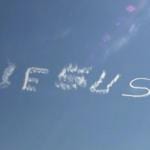