Flamingos are commonly known for being highly sociable animals and now research confirms that they are intentional with who they spend time with.

The five year study done by the University of Exeter followed four different flamingo species and the results they found were pretty shocking.

It was found that Flamingos have common social bonds among their species that include same sex friendships, married couples, and groups of close friends.

“We see pairs of males or females choosing to ‘hang out’, we see trios and quartets that are regularly together,” Dr. Paul Rose from the University’s study revealed.

“It seems that—like humans—flamingos form social bonds for a variety of reasons, and the fact they’re so long-lasting suggests they are important for survival in the wild.”

Flamingos are expected to live 20 to 30 years in the wild and these relationships are linked to their continued longevity.

The study also found that seasons played a role in Flamingos social interactions, noting that there are more bonds forming in the spring and summer months, which is also mating season for the species. There are also a variety of reasons flamingos form these social bonds.

“Our results indicate that flamingo societies are complex. They are formed of long-standing friendships rather than loose, random connections,” Dr. Paul Rose continued.

The study provided valuable information for facilities that hold flamingos captive. It’s suggested that captive Flamingo flocks be kept with as many birds as practically possible. This ensures that the birds are able to keep up with socializing and form bonds with each other, which has been a proven essential for their overall health.

A lesson we can all take away from these social butterflies is to seek value in the connections we have with people. Seek out long lasting friendships that add value to your life and cherish them. We are living in borrowed time and although we may not be remembered for what we did, we will be remembered for who we touched 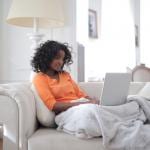