Jacob Gaddam’s is making his mark on the bowling world one bowling pin at a time. The 16-year-old picked up bowing at the age of five and has been striking out every since.

Jason, who is both legally blind and hearing impaired, has become a household name in the bowling world which, has included some impressive stats and multiple national titles.

“I will admit I have a stubborn side. When someone tells me I can’t do that, I will do it just to prove it wrong,” Jacob said.

And he has been doing just that. Shortly after picking up his first bowling ball, his family sought after the help from coach Scott Bartlow.

“We did a lot of hands-on, pushing him back and trying to get him to walk straighter. It took a while, but he eventually got it and he’s very good,” Bartlow said.

“One thing I’ve always told him is you’re going to have to learn how to live in this world, the world’s not going to stop and bend to you,” proud mom, Sheryl Gaddam said.

For now, the bowling prodigy will hopefully be moving to the east coast to attend the Helen Keller National Center in New York.

“They have a lot of resources for him, and they’ll also explore the opportunities for him to be whatever instead of limitations, they’re going to explore the possibilities of what he can be,” Jacob’s dad says.

Jacob beat the odds by not letting the challenges he faces to discourage him from going after the things he wants in life. Motivated by the nay-sayers, he serves as a reminder to all that you can achieve great heights in life as long as you’re willing to put in hard work behind it.

Check out the story here. 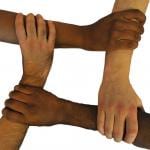 How Can We Stick Together When the World Feels Divided?
archives most recent
More from Beliefnet and our partners
previous posts