A dying 10-year-old boy had one last wish after spending nearly 14-months in an Arkansas hospital. Before going home for hospice care, he wanted to attend a church service for one last time.

Thanks to the support of the local community and the Make-A-Wish Foundation, Max Huseby’s wish was granted.

“To come to One Refuge Church, that’s what he wanted. To come to church!” Max’s mom, Monique Huseby said.

Max, who resides in Hot Springs, has not left the hospital since March of last year, due to battling a rare form of Leukemia.

“He’s only seen the outside from the window,” Mark, Max’s father, said. “This is the first time he can have kids that he can play with and pop balloons with and just be a kid with!”

Max’s teacher introduced Max’s parents to a local pastor, Josh Harper, and his wife Lori, who also went through a similar journey.

“We had a child with cancer,” Monique told Yahoo of her son, Jed, who is now 12.

“When our little boy was three, he was diagnosed with cancer. And so we went through the whole childhood cancer journey…”

Max’s parents started attending services at Harper’s church, One Refuge, but the boy himself has never been able to attend due to his ongoing treatment. He found joy in watching services on a live stream.

Members of the Hot Springs fire and police departments, and a number of classmates Max hadn’t seen during his extended hospital stay were at the event.

Max also received other gifts, such as an Xbox he always wanted. There was also plenty of cake and other treats.

While the event was held in honor of Max and his family, Monique said that the boy did a lot to lift the spirits of those around him.

“He really, really lifted me up a lot of times because I would just be looking at him and I’m sure he could see the heartbreak in the faces of me and his parents because of his situation declining rapidly,” Monique said. “But he would life us up.”

Even at Children’s Hospital, Max is known among the nurses and doctors for always staying positive despite how sick he is.

“He is one of the strongest humans I’ve ever met. I’m so thankful to know him.”

Max enjoyed the event, and thanked One Refuge and his community for being there for him.

“Thank you for praying for me,” Max said. 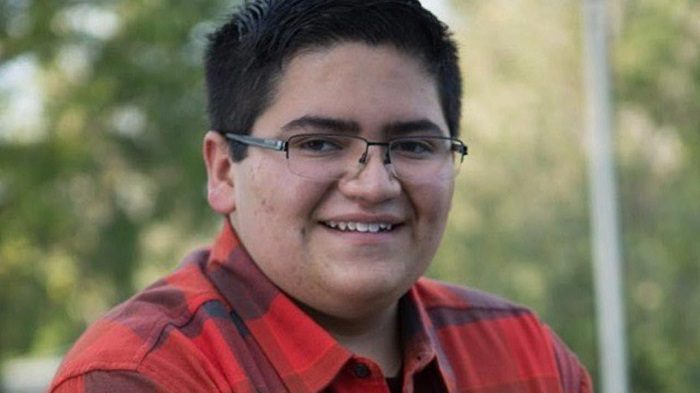 Three Students Disregard Their Safety During Colorado School Shooting, Save the Lives of Many
archives most recent
More from Beliefnet and our partners
previous posts