Houston, a Classic Has Landed: “Apollo 11” Stuns With Unseen Footage of the Lunar Landing

This year marks the 50th anniversary of one of the greatest achievements mankind has ever made, successfully leaving our home planet and setting foot on the lunar surface. It is fitting, then, that the documentary “Apollo 11” revived that triumph through a radical approach, letting the moment speak for itself without modern commentary or interviews looking back at that momentous occasion.

“Apollo 11” took on the gargantuan task of “faithfully rejuvenating the historical record.” There are no cutaway interviews. There is no voice over narration. There are no recreations, no speculations, none of the usual signals of a documentary. The entire film is composed of the original film and audio of the lunar landing with some original music synched to the images. The only other addition is the occasional explanatory diagram for those who are not fluent in the jargon of NASA.

The images from the lunar landing do not look like the fuzzy film that so many people have seen in other documentaries. Instead, it includes reams of hyper-detailed 70mm footage that had been gathering dust in back-room boxes since 1969. To find such gems required director Todd Douglas Miller, his team, NASA and the National Archives to sift through 11,000 hours worth of uncatalogued audio and restored reams of original film.

The 93 minute film emphasizes the four most important moments in the tale of the real Apollo 11: the lift-off that was watched by nearly a million people in Florida, landing the Eagle lunar module on the moon, reconnecting Eagle with the Columbia spacecraft to return home and re-entry into Earth’s atmosphere as three astronauts returned from what is arguably mankind’s most ambitious quest.

The film is not suspenseful in the traditional sense. After all, 50 years later we all know that the crew succeeded in their mission. That does not, however, keep “Apollo 11” from packing an emotional punch. The scenes of the crowds who watched the mission with bated breath, the teamwork of the three astronauts and the shots of Mission Control are “genuinely moving, hypnotic odes to teamwork.”

“Apollo 11” faithfully chronicles one of the most incredible events in human history without forcing hindsight or more recent interpretations onto the decisions, trials and triumphs of those who took humanity’s first steps beyond our home planet. The filmmakers had enough respect for the material to let it stand alone. It should come as no surprise that audiences found that even 50 years later, one of the most incredible moments in history can carry the weight of its own story and the awesome and inspiring triumph that is the lunar landing’s ultimate legacy. 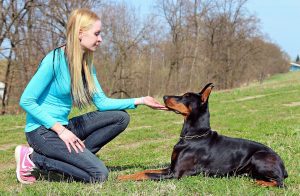