Gun Violence, Moral Law, and Matters of the Human Heart 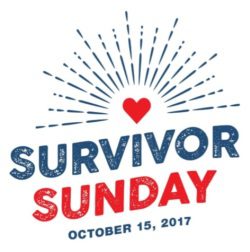 When most of us hear the term “law,” our minds immediately conjure up vivid images of police, attorneys, Judge Judy, and hit television shows such as CSI or Law & Order. America is the most litigious society in the history of mankind. Our minds have been culturally conditioned to quickly identify opportunities to significantly profit from the wrongs we suffer. We are bombarded with marketing campaigns that target our pains and victimizations in life, and encourage us to file lawsuits to settle matters like divorce, car accidents, employment disputes, and medical malpractice.

A common theme in our cultural conversations is the violation of our Constitutional rights and privileges within civil law. By placing great emphasis on civil law, we’ve developed a one-dimensional perspective about law, and neglect to think about the vital necessity of other kinds, including spiritual and moral laws. From my study of God’s Word as a Bible teacher, I have discovered that the integration of spiritual law, moral law, and civil law (in that order) are essential to the overall health of any society. Most of America’s social challenges are the result of us focusing primarily on civil law while neglecting spiritual and moral law. A society without spiritual and moral law will always need more police, additional courts, and bigger prisons.

In simple terms, spiritual law is God governing humankind. Civil law is the State governing its citizens. But moral law refers to a person’s capacity to self-govern based upon divine, predetermined principles of righteousness and justice. Therefore, moral law cannot be legislated. Principles of righteousness and justice originate with God and are given to us by him. I believe this is why our nation’s founders desired for America to exist as “one nation under God.” As God’s influence within a nation decreases, immorality proportionately increases.

In the countless debates about gun legislation and gun violence, a discussion about moral law is indispensable. I believe our national failure to acknowledge the importance of moral law and its connection to gun violence is the reason we struggle to discover and implement viable solutions to the problem.

Think about this. If you give a righteous man with a strong sense of morality the launch codes to America’s nuclear arsenal, people will remain safe and have nothing to worry about. But an unrighteous man who lacks morality and has malicious intent is capable of killing people with a butter knife, a spoon, a paperclip, or even his bare hands. In both scenarios, the concern is not so much the weapon but the heart’s intent of the individual who handles the weapon.

I have wonderful childhood memories of our family taking trips to the farm my dad was raised on in Choctaw County, Alabama. Hunting for food and shooting for sport was a way of life. Loaded guns were all around, and so were children. Thankfully, my childhood memories do not include any tragic incidents of people being injured or killed by guns, despite us all having easy access to multiple, loaded firearms.

As children, we were taught moral law. We were taught to fear God. To obey and respect our elders. To love and care for the people around us—which included respecting the weapons that could harm them, because guns don’t kill people, but people do.

Considering the exponential increase in gun violence from my childhood until now, I have concluded that guns have not changed, but people have. People in general have become more immoral. It is not my intent to join or dismiss the political sparring about gun control and gun legislation, but rather, to help us understand that gun violence is ultimately an issue of moral law and a matter of the human heart.

In Mark’s Gospel, Jesus reveals the capacity of the human heart to function as the source of morality or immorality:

For from within, out of the heart of men, proceed evil thoughts, adulteries, fornications, murders, thefts, covetousness, wickedness, deceit, lewdness, an evil eye, blasphemy, pride, foolishness. All these evil things come from within and defile a man. (Mark 7:21-23 NKJV)

This passage of Scripture speaks to the great need for each of us to join others on Survivor Sunday and pray for everyone who has been affected by gun violence. We must pray that God would comfort the hearts of those who have lost loved ones, or who continue to live with physical, emotional, or psychological wounds from past tragedies. We must pray for God to remove malicious intent from the hearts of people, and to once again infuse our hearts with His moral law. It is my desire that our children will be safe and protected, just as we were on my dad’s family farm.

James Ward Jr. presently serves as senior pastor and founder of INSIGHT Church in the North Chicago suburb of Skokie. He is also the host of Cultural Conversations, a daily radio show on Salem Media AM 1160 in Chicago. Each day he equips tens of thousands of listeners with godly wisdom to meet everyday challenges with biblical solutions. He and his wife, Sharon, have been married for seventeen years and have two wonderful children, Hannah and Jonathan. To learn more about Ward, visit http://jamesewardjr.com/.

Survivor Sunday is an invitation for individuals and evangelical Christian churches across the nation to join together in prayer for those who have survived gun violence in America. These are the “other victims”—the loved ones of those killed by bullets. They may be spouses, children, parents, siblings, friends, companions, neighbors, co-workers or whole communities traumatized by the absence of someone they cared deeply for and valued highly—someone who was taken away in an ugly and agonizing way. This nationwide event will acknowledge the tragic loss of more than 30,000 lives to gun violence each year in the United States, and pray for the provision, comfort and protection of those who remain. Learn more and sign up at SurvivorSunday.org.

The mysterious reappearance of a Texas woman’s Bible is being hailed as a miracle. The story behind the story is truly captivating. Joyce Evans of Tyler, Texas, long wondered about her late daughter Barbara, who died in 2011, and whether she embraced the Gospel. As a Christian, Evans said she always hoped her three children […]

Actor Anthony Anderson has fulfilled a dream 30 years in the making, graduating from Howard University. The 51-year-old received a bachelor of fine arts degree from a historically black university last week. “To quote Biggie, ‘IT WAS ALL A DREAM!’ Words can’t begin to describe the emotional roller coaster I’m on right now,” Anderson wrote […]