Christine Arylo on Learning to Love Yourself after Loss

I recently spoke with Christine Arylo, the author of Choosing Me Before We, and… can I say wow! She really is the “Queen of Self-Love”. She devotes her life to teaching women how to love themselves in order to find happiness and wholeness not only in their relationships, but also in their lives. You can read the article here.

We spoke for a good half hour and not everything could make it into the article, so I’ve got a bonus feature for you.  In reading your comments over the last few months, I know many of you are grieving the loss of a spouse. Whether it’s through death or divorce, the pain is excruciating and it can leave you with a damaged sense of self — like, “Who am I now that he/she is gone?”

Christine coaches people throughout the year through her speaking engagements and workshops. I asked her, what is the best piece of advice you can give people to recover from heartbreak and here’s what she told me.

Well, a couple things I would say. One, whenever you go from being two to being one, it’s definitely an opportunity to really come back to yourself. So my first piece of advice to people (and I don’t say advice, but my learnings I offer to people) is to make that commitment to yourself to fall in love with yourself. 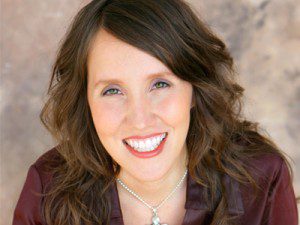 It’s a quality that I refer to as sovereignty, and actually I call it the feminine superpower of sovereignty. Sovereignty is really being able to be whole within yourself. [In Greek mythology], it’s correlated to the goddess Artemis. Artemis was Zeus’ daughter and she basically said to her dad, ‘I want to be a virgin and live in the forest and do my thing.’ To be a virgin at that time meant to just not be controlled by any man, to be your own person. So she did. She was her own person. She had many lovers and she had many children, all of that. But she was her own person. She could take care of herself. So there’s a thing I think that happens and I’ve seen it with the women, who I’ve watched either get divorced or have lost their husbands, where they take this journey back to self-love with sovereignty to discover themselves.

Another way would be to get connected to other women. I think that especially for my generation and the generation that you’re talking about in their 50s and 60s, we are so separated from other women. There’s something about being in circles with other women whether it’s a retreat or it’s a group or in any kind of community setting where you can be with other women and share your journey. Such healing and such self-awareness happens because you start to see yourself in other people. That’s why I do a lot of group coaching, because I know the power.

Then I would say to people to go back to who you were when you were a little girl and remember the things that you loved before anyone told you that you can’t or you shouldn’t. Go back to those things that you just inherently were drawn to. Start doing those again. It’s a real opportunity for liberation going back to when we were little to find those places in ourselves that we have shut off for a long time.

For more, read Christine Arylo: How to Fall in Love with Yourself 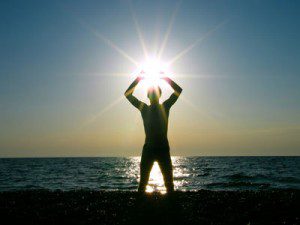 Isabel Pupo was on the verge of death, but after 150 days battling COVID-19, she beat it. “I am a miracle of God,” she said. Doctors were concerned that the 55-year-old would never open her eyes from a medically induced coma. “During that time, I actually told the family on numerous occasions, unfortunately, that she […]

During the coronavirus pandemic, Sofia Moncayo has been able to feed thousands in need through a food distribution program. She always leads her team in prayer. The initiative, taking place at Mosaic West Queens Church in the Sunnyside neighborhood, began in March. Moncayo started to take over the program the following month as it began […]

Looking Back: More Than 160 Confederate Symbols Came Down in 2020, SPLC Says