Brittni De La Mora, an ex-porn star, recently opened up about the experience that led to her finding Jesus the Christian Post reports. She also reveals the powerful ways she has seen God moving not only in her life, but also the lives of others.

In a recent episode of her podcast “Let’s Talk Purity,” she talked about the miracles she witnessed.

She went on to talk about the power of miracles. She shared an example of a woman who was extremely ill. When she heard about her trouble and the doctors’ thoughts that she wouldn’t survive, De La Mora and her loved ones prayed for her.

“We prayed for her and we just prayed that God would perform a miracle … rebuking the words that the doctors had spoken over her,” she explained. “Within several hours, it was a true miracle that happened … she was no longer being proclaimed that she was either going to be dead or brain dead.”

De La Mora, who hosts the podcast with her husband, Richard De La Mora, expressed that there is power in praying bold prayers. They also emphasized the importance and power of prayer, particularly when it’s tied to God’s will in people’s lives. They encourage Christians to think about the motive of their requests.

“It goes back to the book of James … you could petition your prayers, but if your motives are off in your prayer life and it’s all about selfish ambition, selfish desires, the Scripture says that God won’t answer those prayers,” Richard said. “This is why purity of heart is so important.”

Listen to De La Mora’s testimony of overcoming sin and living free of shame, becoming a “new creation” in Christ, in the video below. 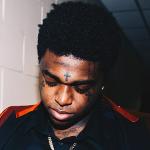 Rapper Kodak Black Converts to Christianity, Accepts ‘Jesus as My Lord and Savior’
archives most recent
More from Beliefnet and our partners
previous posts