A new world record has been set in the women’s 400-meter hurdles by 21-year-old American hurdler and sprinter Sydney McLaughlin.

McLaughlin gave all the credit to her faith for helping lead her to victory. Not only did she set a new record, but she also qualified to be on the U.S. team for the Tokyo Olympics.

“Honestly, this season, just working with my new coach and my new support system, it’s truly just faith and trusting the process. I couldn’t ask for anything more, and truly, it is all a gift from God,” she said during an interview with NBC after her win.

McLaughlin was the first woman ever to finish the race in less than 52 seconds.

The athlete has been very outspoken about her Christian faith. She said that it made all the difference in this race. In 2017 she competed in the Rio Games at 16. However, she did not make it past the semifinals. She was the youngest Team USA Olympic competitor since 1972. After facing hardships the first time around, Sydney knew she had to place all of her trust in God for this race.

During another interview, McLaughlin was asked if she felt frustrated as she trailed behind her fellow competitor.

“I think I was growing into my own person. And I think the biggest difference this year is my faith, trusting God and trusting that process, and knowing that He’s in control of everything. As long as I put the hard work in, He’s going to carry me through. And I really cannot do anything more but give the glory to Him at this point.”

McLaughlin hails from a family of runners. Her mother and father were both runners in high school. Her father was a semi-finalist in the 400 meters during the 1984 Olympics. Her older brother Taylor won silver in the 400-meter hurdles at the 2016 IAAF World U20 Championships. Her older sister Morgan was a standout runner at St. Peter’s University. The three siblings also have a younger brother Ryan who is also a runner. All the McLaughlin children ran track at Union Catholic High School in Scotch Plains.

Sydney has stated in the past that her happiness and joy in life comes from Christ.

McLaughlin beat Dalilah Muhammed, who previously held the record for 52.16 seconds, which she set in 2019. The two women will now go head to head for the gold in Tokyo.

After breaking the record last month, Sydney posted an image holding her hand over her mouth with the following caption.

“The face of a woman who is in awe of God (Prayer hand emoji) 51.90,” she celebrated. “I could feel this meet was going to be something special… but MAN. Weeks like these are some of the hardest in a track athlete (sic) life. The mental strain of preparing for the rounds in order to solidify your spot is heavy enough. But the amount of weight the Lord took off my shoulders, is the reason I could run so freely yesterday.”

Sydney went on to say that she just kept hearing God say, ‘Just focus on me.’

Placing her faith and trust in God was the best race plan she could have concocted.

Watch McLaughlin in the first round of the women’s 400-meter hurdle, which starts July 31st at the Tokyo Games. 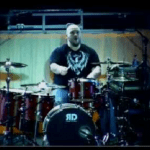