Gonzaga went in Monday night expecting to walk away with the NCAA title as the first team since 1975 to go undefeated for the season. Baylor stopped them in their tracks early on and Gonzaga was never able to recover.

Baylor had an unrelenting defense and an onslaught of 3-pointers that destroyed Gonzaga’s game plan from the beginning. Their performance is being hailed as one of the most dominating performances in NCAA title game history.

Shortly after winning the 2021 title, the team gathered in a circle on the court to give thanks to God in prayer. Their culture of J.O.Y. is Jesus first, Others, and then Yourself. The team has been very outspoken all year about their Christ-focused culture and even put it in their official Twitter bio.

The schools’ website in the About section reads the following:

At Baylor, we celebrate our distinctive place in higher education – where research, scholarship, and faith guide the mind in understanding the complex diversity of God’s creation and prepare the whole person for service and leadership.

The teams’ faith in their abilities and the willingness to never give up was the key factor in their Monday night success.

COVID-19 created many obstacles for teams like playing in front of abate fans, families not being allowed in events, and even some teams being forced to withdraw. These challenges never wavered Baylor’s spirits as the team worked hard to prevail amid adversity.

The highly praised guard trio was every bit as good as their advertisement with Jared Butler scoring 22 points with 7 assists, Davion Mitchell adding 15 points and 5 assists, and MaCio Teague contributing 19 points. Baylor’s defense was able to hold off Gonzaga giving them their season-low point total.

In the postgame press conference, Coach Drew states “First and foremost, I want to thank God for blessing us with this opportunity tonight. I know the guys have worked hard, so happy they get a chance to celebrate now.”

When Coach Drew was questioned again later about the J.O.Y. culture he responded with

“A lot of joy in the locker room for sure,” he said. “But our joy is Jesus, Others, Yourself. It’s so tough to put other people in front of you and teams that do that are obviously more successful. Our guys, their love for each other [is] because they spend so much time working on their craft together, and they put in the time.”

Coach Drew took over the basketball program at Baylor in 2003 and the team he inherited back then was very different from the team he has today. They were rocked with scandals early on and faced many NCAA violations. Coach Drew was still able to lead the Bears to the NCAA tournament in his fifth year. In 2008 that was Baylor’s first NCAA appearance since 1988.

Since then, Baylor has played in the NCAA tournament 9 times with Coach Drew. It was a week ago that the Texas team made its’ way to the final four for the first time since 1950. That moment had Coach Drew reminiscing about his early days and his skepticism of taking over the team.

“No, I prayed about it. I felt led to come here,” Drew said that night. “I really believed in the vision of the school, from the president and the administrators during that time and what they wanted Baylor to continue to grow and become.”

On Monday, Coach Drew and his team made history.

During the second half of the game, Gonzaga continued to struggle with attempts of passing Baylor that ultimately became futile. The team knew they had fallen short of a victory and their perfect season came to an end. As the final buzzer sounded and the score of 86-70 became concrete, Baylor became overwhelmed with the glory that night.

The Bears Christian commitment is simply inspiring, and we cannot wait to see what they do next year. 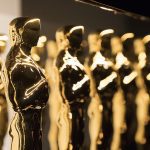 2021 SAG Awards: The Full List of Winners
archives most recent
More from Beliefnet and our partners
previous posts