Colton Dixon speaks openly about his love of God, but his faith was recently put to the test. Dixon’s wife, Annie, faced a terrifying moment when one of their identical twins, Dior, was born without a pulse.

In an interview with “the Pure Flix Podcast”, Dixon said that Annie had previously had a very smooth pregnancy. Everything had been going alright during her delivery on August 18th, but soon doctors quickly changed their tune and ordered a cesarian delivery.

“When Dior came out not breathing — she had the discoloration, the whole thing, and we were like, ‘That doesn’t look right,'” Dixon said. “[Doctors] started working on her right to our left, so we saw everything that was going on. And then Athens came out and she was crying immediately … our full attention was on Dior and it felt like a lifetime.”

Dixon started to get fearful, but dropped his worries and began to pray.

“We watched and we prayed as the doctors resuscitated our daughter right before our eyes,” Dixon said, noting that doctors were able to save Dior. “Unexpected things happen in life all of the time,” he said of the ordeal. “I think if they didn’t, we wouldn’t have the opportunity to grow our faith … this was one of those moments.”

“Time and time again, we’ve seen God show up and work in a really mighty way — and this was no different,” he said.

The singer released a song titled “Miracles” earlier this year, and the irony has not been lost on him. 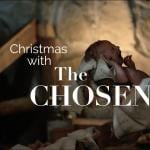