San Fransico Giants pitcher Sam Coonrod created quite a stir in the baseball community after he didn’t kneel during the National Anthem for Black Lives Matter. Coonrod cited his strong Christian faith was the reason.

“I meant no ill will by it,” he said. “I don’t think I’m better than anybody. I’m just a Christian. I believe I can’t kneel before anything but God, Jesus Christ. I chose not to kneel. I feel if I did kneel I’d be a hypocrite. I don’t want to be a hypocrite.”

During Thursday’s game against the Los Angeles Dodgers, Coonrod became the only player on both teams who did not kneel. He did, however, join them when holding a black ribbon which represented unity.

Giants manager Gabe Kapler expressed that he supported Coonrod’s choice to stay standing, even though he himself kneeled.

As expected, Coonrod got backlash online for his inaction. Coonrod is taking it in stride, though, and asking for respect.

“People get mad whenever someone disagrees,” Coonrod continued. “I’m not mad at someone who decided to kneel. I just don’t think it’s too much to ask that I just get the same respect.” 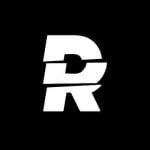