Neal McDonough has appeared in a number of popular movies and television series during his career. Among them are “Band of Brothers,” “Flags of Our Fathers,” “Minority Report,” “Desperate Housewives” and “Justified.” One would think that he would have no problem finding work. Hollywood, however, sees one big problem with McDonough. He is a committed Christian.

McDonough says his career has suffered due to him taking a stand for his beliefs. A refusal to do love scenes cost him a role on “Scoundrels” in 2010, and a refusal to cheat on his wife in order to do sex scenes with actress Virginia Madsen cost him over a million dollars. McDonough said that he was fired and labeled a religious zealot due to his beliefs.

“I was surprised, and it was a horrible situation for me,” McDonough said. “After that, I couldn’t get a job because everybody thought I was this religious zealot. I am very religious. I put God and family first, and me second. That’s what I live by. It was hard for a few years.”

McDonough revealed that things became hard enough in California that he considered giving up on his acting dreams altogether and moving back to Cape Cod, Massachusetts. Then, he received the opportunity to appear in “Band of Brothers.”

“I got a call from Steven Spielberg that he wanted to see me for ‘Band of Brothers,’ and it was off to the races,” McDonough said.

As much as he enjoys his work, McDonough has stated that he continues acting in part because he feels that he is called to do so. “[Acting is] what I’m supposed to do,” he said. “God gave me this talent of being an actor, and I’m not going to waste it. That’s just who I am. I love working, and with five kids and a fantastic wife, I want to make sure I’m taking care of everyone. That’s what my dad did, and that’s what I’m going to do.”

McDonough is hardly the first person to speak out about the struggles Christians face in Hollywood, but McDonough is lucky that he has not been forced to choose between faith and career future. He is continuing to act and will be appearing in Kevin Costner’s series “Yellowstone,” six new movies and the History Channel’s new series “Project Blue Book.” 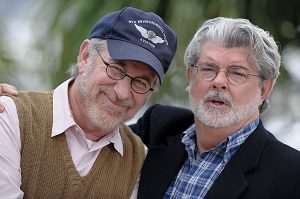 Fame and Fortune: The Wealthiest Celebrities of 2018
archives most recent
More from Beliefnet and our partners
previous posts