DC Releases Comic Book About Christ, But Jesus is Not the Hero

Christians simply cannot catch a break. Television shows and movies have repeatedly and unrepentantly derided Christian beliefs. Now, DC comics are cheerfully piling on with their new comic series “Second Coming.” Any Christian would be wary of seeing Jesus portrayed in comic books, especially where the Savior is not the hero of the story. According to the plot summary released by DC, “Second Coming” will follow “the return of Jesus Christ, as He is sent on a most holy mission by God to learn what it takes to be the true messiah of mankind by becoming roommates with the world’s favorite savior: the all-powerful superhero Sun-Man, the Last Son of Krispex! But when Christ returns to Earth, He’s shocked to discover what has become of His gospel—and now, He aims to set the record straight.”

Christians, understandably, have declared the comic book to be “blasphemous [rather] than biblical.” Mark Russell, the writer of the comic, however, has declared that the comic is a commentary on how Christians misunderstand the Bible and Jesus’ message today.

“The Christian religion doesn’t really base itself on what He taught, particularly in the modern Evangelical megachurches,” Russell said. “They have Him more as a mascot on t-shirts to prove they’re on the winning team. [Second Coming] is about Jesus coming down and being appalled by what He sees has been done in His name by Christianity in the last 2,000 years.”

While a fictional and biblically inspired story about Christ clarifying the Gospel would be interesting, some of the images of the comic that have been released worry Christians. The cover of the comic shows Christ looking very interested in how Sun-Man has a bruised and bloodied man in a painful headlock, and other released images show Christ sprawled on a giant pillow while God drinks wine. Russell’s comments have not set Christian’s at ease either.

“The concept is that God was so upset with Jesus’ performance the first time He came to Earth since He was arrested so soon and crucified shortly after, that He has kept Him locked-up since then,” Russell said. “God then sees this superhero on Earth a few thousand years later and says, ‘That’s what I wanted for You!’”

Christian reactions have been somewhat split. While few to none approve of the comic, some are not overly concerned. “As a Christian this does offend me,” one person commented on a webpage announcing the comic, “[and] I won’t purchase or read this comic series…[but[I do not want to…use mob tactics to shut down this product or authors or insist that a ban be put into place.” Another commenter on the same website agreed that “turning the other cheek” was the best way to go about handling the comic. Others, however, have commented on what they see as a double standard when it comes to treating religious figures with respect. “When are they releasing the Mohammed version,” one person questioned.

“Second Coming” will be released in early March 2019. How it will be received at that point is still unknown, but there is no doubt that regardless of whether it is a massive success or a total flop, the comic will be a subject of intense controversy. 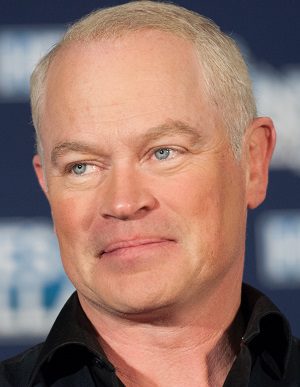 Hollywood Punished Actor Neal McDonough For His Faith, Nearly Destroyed His Career
archives most recent
More from Beliefnet and our partners
previous posts