Most of us have seen the 1966 original Grinch animated film countless times throughout our childhoods, and even the 2000 Jim Carrey version a few times on television. But there is a new animated version of the story out in theaters, and it’s bringing a new light on the classic tale.

“The Grinch”, created by Universal and Illumination, tells the story of a cynical grump who goes on a mission to steal Christmas, only to have his heart changed by a young girl’s generous holiday spirit. Funny, heartwarming and visually stunning, it’s a universal story about the spirit of Christmas and the indomitable power of optimism. They don’t try to change much of the classic tale, but the way the movie is produced is so well done they don’t have to. The animation is clearly stunning with exceptional attention to detail.

“The Grinch” anticipates to earn between $55 million to $70 million this weekend. The comedy is expected to dominate over “The Girl In the Spider’s Web” and “Overlord,” the two other wide releases hitting theaters this weekend. In 2012, the animators produced “The Lorax,” which launched with $70 million and went on to pick up over $348 million globally. Both “Grinch” and “Lorax” carried production budgets around $75 million.

“The Grinch” is in theaters today. Catch the trailer below. 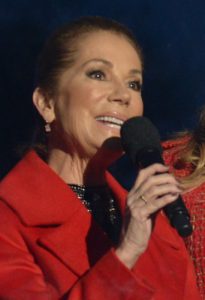