Angela Bassett is an Academy Award and Emmy Award-nominated actress known for her many dramatic roles in films, television and on stage. Some of those celebrated roles include What’s Love Got to Do With It, Waiting to Exhale, Malcolm X and The Rosa Parks Story. Most recently, she plays the role of Queen Ramonda in the Marvel record-breaking blockbuster, Black Panther. What some don’t know about the talented actress is that she is a strong woman of faith who has managed to balance God and faith in Hollywood.

In an interview with Parade, Angela shared how she found God through the church. She grew up in Florida, with her great-grandfather who was a pastor. Her mother had her in Sunday School and choir.

Growing up in the church allowed her to grow up as a confident woman of God with great faith. She can’t imagine living in a world without knowing God.

“Love of God made so much sense to me when other things don’t,” Angela said. “Life is so beautiful and complex that it doesn’t make sense to me that it was just an explosion. It’s my belief system.”

Angela gives all credit to God for her acting career and believes everything she’s done is according to His purpose.

“I believe that life is precious and we are precious. Every man. Every woman. Diversity is divine. Everyone has a purpose. And I think I found mine and an early age when I found theater,” Angela said. “My career portrayals had an impact on certain people. It’s grace. And I pray to be strong. To follow my dreams, but to not crave it so much that I’m easily preyed upon. And that I can walk away. All money is not good money and some of these situations can rob you of your good intentions.”

For this reason, she stresses the importance of knowing yourself and knowing who you’re serving. Choosing to serve anyone but God can have life-altering results.

“Knowing who you are and staying true to that is everything. Everyone is going to serve something and that can become the center of their existence,” Angela said. “Mine is love of God and faith, as opposed to fame and money. All those things are nice, but not if you serve them. They have the potential to devour.”

In an interview with the Christian Post, she shared that she leans on Scriptures when encountering challenges during the acting process.

“Doubt seeped in but thank God for faith,” she said of her directorial debut with the Lifetime film Whitney.

“All things work together for good, for those who have the Lord and are called according to His purpose,” Angela said, quoting Romans 8:28. “So I have foundations and He is my rock I keep going back to.” 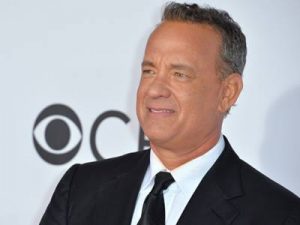