The anger between the sexes has continued to grow as the #MeToo movement sweeps through pop culture, sports, business and the media worlds. A high rate of famous actors and politicians have been accused of misconduct over the last few months, bringing the conversation into the spotlight.

Women who support the #MeToo movement say they are becoming empowered by coming out with their stories or sexual harassment, and pressure and intimidation by men. Men, however, are saying many of these stories are exaggerated or not true at all, and run the risk of casting the entire male population as predators. Some believe the solution begins by eliminating the lines between the sexes, and say that the idea of dividing humanity into male and female is outdated.

However Dona Lee Howell, author of a new book called “The Handmaidens Conspiracy,” says we would not be in this crisis between the genders if the church had taken seriously the teaching of Jesus Christ 2,000 years ago. These teachings were truly radical at the time in terms of the role of women in society. Howell says she has found answers in the Bible to these pressing questions.

Howell sees the way modern feminist movement is completely different from the Biblical empowerment of women. She says the idea of feminism today requires women to put men beneath them and spread the word that men are less-than. This cancels out the idea of true equality, and veers off from what scripture truly states.

Howell spoke in an interview about the #MeToo movement and how we could use the Bible to understand it. Universally, Howell states that women have come a long way in terms of political and social freedom in the secular world, but acknowledges that women still face hierarchical oppression behind the pulpit of the church. While many women can now feel empowered to stand up and preach, they are still given quiet a fight. Howell continued to say “I personally preach one sermon and have to be confronted by two or three men in social media who claim I am going against God.”

“Very few consider how many women Paul openly and unabashedly identified as leaders of the early church. And oftentimes those women who decide to preach despite the opposition are labeled a Jezebel.”

Howell says the concept of female empowerment starts all the way at the beginning, in the book of Genesis where Adam and Eve were created equally. Then, Eve sinned first, Adam also knowingly sinned, but ever since then, patriarchal traditions have taught us that women are easily deceived and therefore don’t belong in leadership. This idea prevalled throughout years of Jewish culture, so that by the time Christ came into the world the traditions and teachings of God were already skewed. The belief that women were less-than continued to thrive despite never being Biblical to begin with.

“Paul did write in first Corinthians that women should remain silent, and he wrote in first Timothy that women are not to teach or usurp the authority of a man, but he also wrote that women are not allowed to attend church with their hair in braids [1 Timothy 2:9]. Everyone in today’s Church says, ‘Well, Paul wasn’t talking about a braid, he was talking about humility,” which is true, but they will not allow proper context to be considered in the other two trouble verses in the same way they do for the verse regarding braids. And why not? Because we still see ‘tradition’ overpowering proper scriptural interpretation methods.”

Paul wasn’t the only one in the Bible that spoke on women. Jesus had some pretty clear points as well.

“As far as how Christ viewed women preachers, teachers, and ministers, I think the evidence is clear when He turned that woman at the well in Samaria into a preacher and then stayed in her city for several days watching her minister. That wasn’t an accident. He could have ran around after her, reminding her that she should leave the preaching and teaching to the men, but He simply observed her at work and then endorsed the revival she led by interacting with her responders…Jesus stood for equality for women, and He also respected the gender roles assigned at creation.”

You can read the full interview with Howell on SkyWatch Editor. 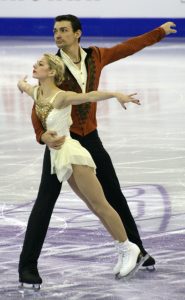