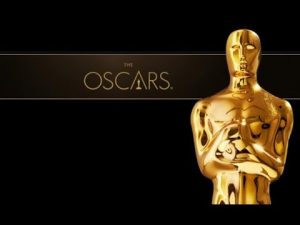 The Academy Awards are rapidly approaching, and many people are curious about the films on this year’s short lists. This Oscar season’s short lists are filled with films that feature a diverse crop of directors, actors and plotlines. Some of this season’s best, however, are films with Jewish themes. Here are the top five Jewish films to watch this Oscar season.

This gut-wrenching film deals with a variety of heavy topics including the grief of parents who lost their soldier son, the joys and challenges of marriage and the boredom of daily life in the army. Directed by Samuel Moaz, “Foxtrot” was named the second-best film at the Venice International Film Festival and is on the shortlist for Best Foreign Language Film at the Academy Awards. “Foxtrot” also won the award for Best Film at Israel’s Ophir Awards despite generating controversy in Israel over the film’s portrayal of Israeli control of the West Bank.

“Foxtrot” follows an affluent Tel Aviv couple who learn that their son has been killed in the line of duty. The film stars Lior Ashkenazi and Sarah Adler, and it opens in U.S. theaters on March 2, 2018.

Directed by Fatih Akin, this German film dramatizes the rise of neo-Nazism through the murder of Nuri and Rocco Sekerci, a Kurdish man and his small son. Katja Sekerci, the surviving widow, pursues revenge against the neo-Nazis who murdered her family. The film won Best Foreign Language Film at the Golden Globes and is shortlisted for Best Foreign Language Film at the Oscars.

“In the Land of Pomegranates”

This documentary follows a mix of young Israeli and Palestinian men and women who are brought together in a scenic German town. The Israelis and Palestinians live under the same roof, go on joint excursions in the countryside, take a riverboat cruise and argue for hours on end as part of a program called “Vacation from War.” This program began in 2002 and aims “not to make participants love each other [but if] only five people change their attitudes…that’s progress.”

“The Number on Great-Grandpa’s Arm”

Few people have managed to find ways to teach young children about the Holocaust, but this short documentary attempts to tackle the issue. In “The Number on Great-Grandpa’s Arm,” 10 year old Elliot asks his great-grandfather, Jack Feldman, about the Holocaust. Feldman, a Holocaust survivor, opens up to his American-born great-grandson about his experiences. The goal of the film was to transmit Feldman’s experience “gently and with clarity.” The documentary will premier on HBO on January 27, 2018, International Holocaust Remembrance Day.

This documentary is on the Oscar shortlist for Best Short Documentary and gives a behind-the-scenes look at filming a Holocaust survivor’s testimony. Specifically, it focuses on how filmmakers worked to preserve the memories of Anne Frank’s surviving stepsister, Eva Schloss, in the form of an interactive, holographic image.

Oscar season always brings new documentaries and foreign films into the American limelight. People spend days watching and discussing films on the short-list, and almost everyone has an opinion about which film should win the award. So, what do you think? Which of these Jewish films is your favorite?