Steve McQueen Died With Billy Graham’s Bible in His Arms

Pastor Greg Laurie is a motorcycle fanatic and lover of leather jackets. He’s also a fan of movie icon Steve McQueen. In his book, The Salvation of an American Icon, Laurie partnered with a McQueen expert (Marshall Terrill) and together they share the untold story of the Hollywood legend’s troubled upbringing and how he gave his life to Christ in his final days. McQueen was complicated and lived a life in the fast lane which included sex, drugs and breaking the law. He reportedly interviewed women for films that didn’t exist and had sex with groupies on set. Professionally McQueen was a horror to work with and reportedly had temper tantrums over scripts, lines and even jeans. Actor James Garner lived below him and McQueen urinated out the window onto Garner’s balcony every night for the heck of it.

McQueen was a bad boy alright, but his life took a detour in his final moments where he committed his life to Christ. Laurie discovered this in 2016 and wanted to find if the rumors were true–and they were. McQueen died as a born-again Christian in 1980 at the age of 50.

Pastor Leonard DeWitt was the pastor who led McQueen to Christ as Laurie shared in the autobiography. “I said, ‘Each one of us is different. But God has a tailor-made plan for each of us,'” DeWitt recalled. “And he grinned and said, ‘You want to know if I am born again, don’t you?’ And then he said, ‘Remember the Sunday that you invited people that wanted to receive Christ. When you gave that invitation, he said that is when I accepted Christ.'” DeWitt asked McQueen if he had accepted Christ as his Lord and Savior. He told DeWitt he felt convicted by the Spirit and came forward. “When you invited people to pray with you to receive Christ, I prayed. So yes, I’m a born-again Christian.”

According to the book, the Rev. Billy Graham met with McQueen before he flew to Mexico for surgery in November 1980.

“I know they had a lengthy meeting where they talked in depth about a lot of things in Steve’s life,” Laurie said. “Billy was really impacted by Steve and felt his conversion was genuine because all Steve wanted to talk about was his faith.”

McQueen was growing spiritually as a Christian for about 6 months said, Laurie. He was meeting with DeWitt for an hour each week for intense Bible study. “He knew he had a great platform to reach people and was thinking about what he could do with it, but wanted to grow spiritually first and then he wasn’t feeling well. He went for a checkup in the hospital and found out he was in the final stages of cancer. They told him to get his affairs in order.”

In typical McQueen fashion, he rebelled against what he was told by doctors and sought unorthodox treatment after being told his heart couldn’t take chemo treatment. He checked into a small Juarez clinic under the assumed name of “Sam Shepard.” McQueen however, knew he might not survive so he requested to meet Graham. They met and spent a lot of time together and they talked about the Lord. When McQueen forgot his Bible, Graham offered it to him. It’s inscribed: “To my friend Steve McQueen: May God bless you and keep you.” Graham added the Scripture found in Philippians 1:6: “Being confident of this very thing, that he which hath begun a good work in you will perform it until the day of Jesus Christ.”

McQueen’s surgery was successful and the tumors they removed out of his body were the size of softballs. The doctor collapsed from exhaustion from the surgery.  McQueen survived surgery but died in the recovery room after experiencing a heart attack.

When they pulled the sheet back from his body, they found him clutching the Bible Graham had given him. “This Bible was obviously very precious to him,” added Laurie. “And his faith was very real to him.

During McQueen’s last meetings with Pastor DeWitt, he said, “My only regret in life was that I was not able to tell others about what Jesus Christ did for me.”

The takeaway from McQueen’s story is we are not too far gone to be reached by God. We look at people and think they have everything in the world to make them happy. Sometimes the people who have it all are the most unhappy. They realize those things don’t deliver them peace. McQueen had fame, women, money and people doing his bidding. Yet, this was never enough to fill the gaping hole felt in his heart until he obtained contentment in Christ.

In a joint effort between Erwin Brothers Entertainment and Laurie, a documentary on the “King of Cool” will be released on Sept. 28 through Fathom Events.

Producer and director Jon Erwin said, “This film will be a one-night, nationwide cinematic event that will invade hundreds, perhaps a thousand theaters this fall. And most importantly, it will create an opportunity for Pastor Greg to use the story of how Steve McQueen found redemption and hope, and offer that same gospel message to the live theater audience.”

“McQueen was the highest-paid actor of his era,” said Laurie. “He was the epitome of ‘cool’ yet few people know that late in his life.” 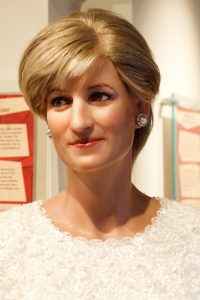