Denial, based on the book History on Trial: My Day in Court with a Holocaust Denier, recounts professor Deborah E. Lipstadt’s legal battle for her historical interpretation against David Irving, who accused her of libel when she declared him a Holocaust denier. With the burden of proof placed on the accused, Lipstadt and her legal team fight to prove the essential truth that the Holocaust occurred.

In this exclusive feature, the team behind Denial asks ordinary people their opinion on those who deny the Holocaust. Their honesty and dedication to religions other than their own will captivate and inspire you.

Rachel Weisz, Tom Wilkinson, Timothy Spall all star in the film. Playing in theaters across the nation now. 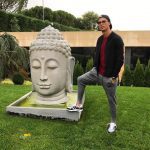