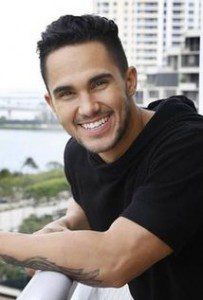 Most young teens are major fans of the band Big Time Rush, but did you know that band member Carlos PenaVega is also a devout Christian? On a previous episode of “Dancing with the Stars”, contestant Carlos PenaVega shared the most memorable time in his life; the year he became a Christian.

In 2012 PenaVega was on a tour with his band having the time of his life. However, the fun and exciting days PenaVega grew to love did have to come to an end. When he returned from the tour, PenaVega fell into a deep and dark place.

“I locked myself in the house. I started smoking weed like every day… I really hit rock bottom” PenaVega said.

The depression from being alone took a toll on the big time band member, but everything changed when he reached out to a friend who invited him to a church service.

“I walk in the church, and I know that I was supposed to be there,” he said.

PenaVega went on to speak about how transformed his life became after the first week he spent at the church. His pastor, Duane Fanther, spoke about how he remembers when PenaVega first came to church. “He wanted change; he wanted transformation,” Gather said.

“It’s so crazy to me that in one week, my life changed forever.” PenaVega said tearfully on the show.

Not only did PenaVega accept Jesus into his heart that week, he also met the love of his life. PenaVega was invited to a Bible study group where he met his now wife, Alexa PenaVega. He attributes her faith in God to be another large reason in his choice to give himself over to the Lord.

PenaVega chose to dance to the song “Amazing Grace” on the episode of Dancing with the Stars because it was one of the first songs he had heard at church. He also believes it represents the transformation he has seen in himself since he found God.

read next post
What Debuts Today?
archives most recent
More from Beliefnet and our partners
previous posts

After 33 successful seasons, one of college basketball's all-time coaching icons is closing the curtains on his career.